We have learnt a lot about the UMi Plus E, the latest flagship of the company, which is the first Helio P20 Smartphone to hit the stores soon. In previous news, we discovered the brand new Onyx Black color, made the same way as iPhone 7’s Space Gray, and we also discovered that more than 125 processes are required to obtain the premium crafted metal body. Today, we see a new aspect of the phone, probably the most awaited one – The performance of the Helio P20 and the 6GB of RAM. 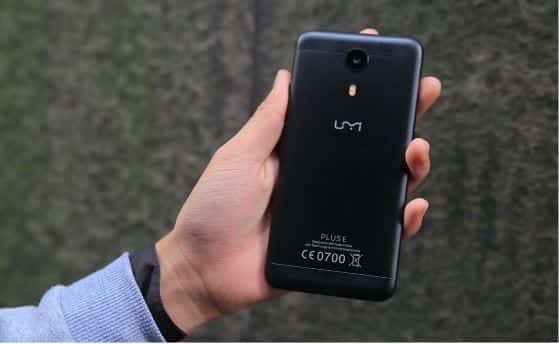 On the video released today, after a brief look at the very appealing Onyx Black body of the UMi Plus E, we immediately see the phone undergo the most popular benchmark test for smartphones, AnTuTu Benchmark. The result gives a score of more than 60.000 points, an increase of over 20% compared to the Helio P10,  while the new productive process at 16nm offers 25%  less power consumption and less heat.

Then, we see all the importance of having a massive 6GB of LDPDDR4 – more than 50 apps are launched without giving the phone a break, they all stay in the cache and don’t slow the phone at all, even after launching games or browsing the Internet.

Not only SoC and RAM – Redefining the “budget flagship” concept

So, we see the already appreciated concept of the “budget flagship” taking a whole step ahead, the amount of quality and power offered by this device for less than 200$ is really impressive and will leave a mark on this last part of the year. But we don’t have only the aforementioned specs which shine, all the other specifications are really top notch ones!

In fact, The phone also packs 64GB of internal storage (expandable up to 256GB via a microSD card), a 5.5-inch fullHD (1920 x 1080) display made by Sharp, a 4,000mAh battery with PE+ Fast Charging support, a 13-megapixel PDAF Samsung camera placed on the back of the UMi Plus E aerospace-class aluminum chase and a 5-megapixel selfie shooter.