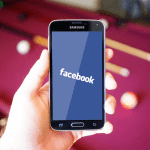 Facebook, yesterday, announced a couple of new integration and features that are all targeted at bettering users videos experience on the Facebook app. Taking the features one at a time;

It shouldn’t be news in the ear of any Facebook user that videos in your news feed or timeline play automatically, and without sounds i.e they stay muted at first until you decide if you want the sound on or not. This (auto-mute feature) actually gave users a reason not to fully freak out at at the video auto-play which consumes huge chunk of data.

Apparently, with Facebook new update, not only will videos auto-play, they will also play with sound/volume by default. However, Facebook says the app and the new auto-volume feature will work in line with your current volume settings/profile. What this means is if you have your device on the “silent” profile while on your timeline, videos will also stay silent. Facebook also revealed that there will be a new setting to mute auto-playing videos in your feed. Luckily, auto-playing videos won’t interrupt media playback with music apps, so you don’t have to worry about it interfering.

Picture-in-picture (PiP) is a feature of some television receivers and similar devices. One program (channel) is displayed on the full TV screen at the same time as one or more other programs are displayed in inset windows. Sound is usually from the main program only.

The new update from Facebook includes will include a picture-in-picture mode. This PiP mode (or function) can be utilized can when you want to continue watching a video while you scroll through your feed (similar to the YouTube app), or perhaps you have to do something that requires you to leave the app or your device, the PiP mode got you covered. With the PiP mode, users will now be able to watch a video and pull it to the side of their feed while they scroll through their news feed.

Facebook will no longer crop vertical video but will display them in larger formats. This, Facebook said, is to make vertical videos look better on mobile devices. Last year, Facebook began testing a larger preview of vertical videos in News Feed on mobile. People loved it, the response were positive, so… larger video format is now available to everyone watching videos on the Android and iOS platform.

The social networking giants also announced the arrival of quite a huge project; a Facebook video app for TV. According to Facebook, the App will roll out soon to app stores for Apple TV, Amazon Fire TV and Samsung Smart TV, with more platforms to come.

The Facebook Video TV App will confer onto users the ability to browse Facebook videos on their TVs. The app allows you watch videos shared by friends, check out trending videos from around the world, get recommend videos based on your interests, check out videos you’ve saved for later/uploaded/shared, and the one interesting feature  – you can also catch up on saved videos to watch later, as well as revisit videos you’ve watched, shared or uploaded.