Apart from its elegant body design, and stunning display, the camera modules it packs are really appealing and most of all it features a quick way to access the phone camera even while the screen is off. As regards that, pressing the power button twice does the trick. Its other specs too are quite impressive.

The GM 5 Plus sports a 5.5-inch IPS LCD display with a screen resolution of 720 by 1080 pixels while combining a 401 ppi pixel density for maximum clarity. It doesn’t feature a bad design either with a titanium and aluminium alloy making up the build.

It measures 76.5 mm in width while being 7.9 mm thick. The smartphone comes with screen protection so you don’t have to worry about getting scratches on your screen as the Corning Gorilla Glass 4 already got you covered.

Asides its 3GB RAM, the GM 5plus is blessed with an internal memory of 32GB which could be expanded if desired using a MicroSD. As regards its System on Chip, it is being powered by the Qualcomm Snapdragon 617 MSM8952 processor (manufactured using the 28nm process) which embodies its 1.5GHz Octa-core CPU and Adreno 405 GPU.

The smartphone dons a 13MP rear camera and 13MP front camera, a setup also present in the Tecno Camon C9. The rear camera comes with a dual LED flash which would be very useful most especially for night pictures or when in the dark. It also uses the Sony IMX258 Exmor RS image sensor which is just about 0.23 inches in size.

As is the case with most smartphones of its calibre, the GM 5 Plus comes with a non-removable 3100mAh battery which supports fast charge based on the Qualcomm Fast Charge 3.0 technology. Connectivity options supported by the device include; Tethering, OTA sync, DLNA likewise the GPS, A-GPS and GLONASS positioning systems.

Just as expected, the smartphone runs on the Android v 6.0 (Marshmallow) OS. Although it does not feature a fingerprint scanner, the GM 5 plus comes with several other sensors such as the compass, accelerometer and light sensors. 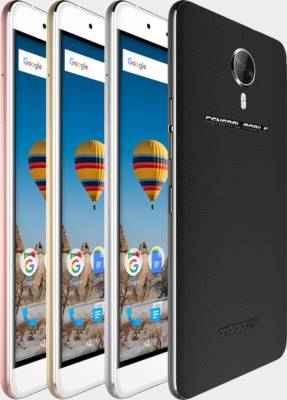 Availability and Price of General Mobile GM 5 Plus in India, Nigeria, Kenya & Ghana

The General Mobile GM 5Plus is available in India for Rs. 19,999. The smartphone comes in Gray, Pink and Gold colors.