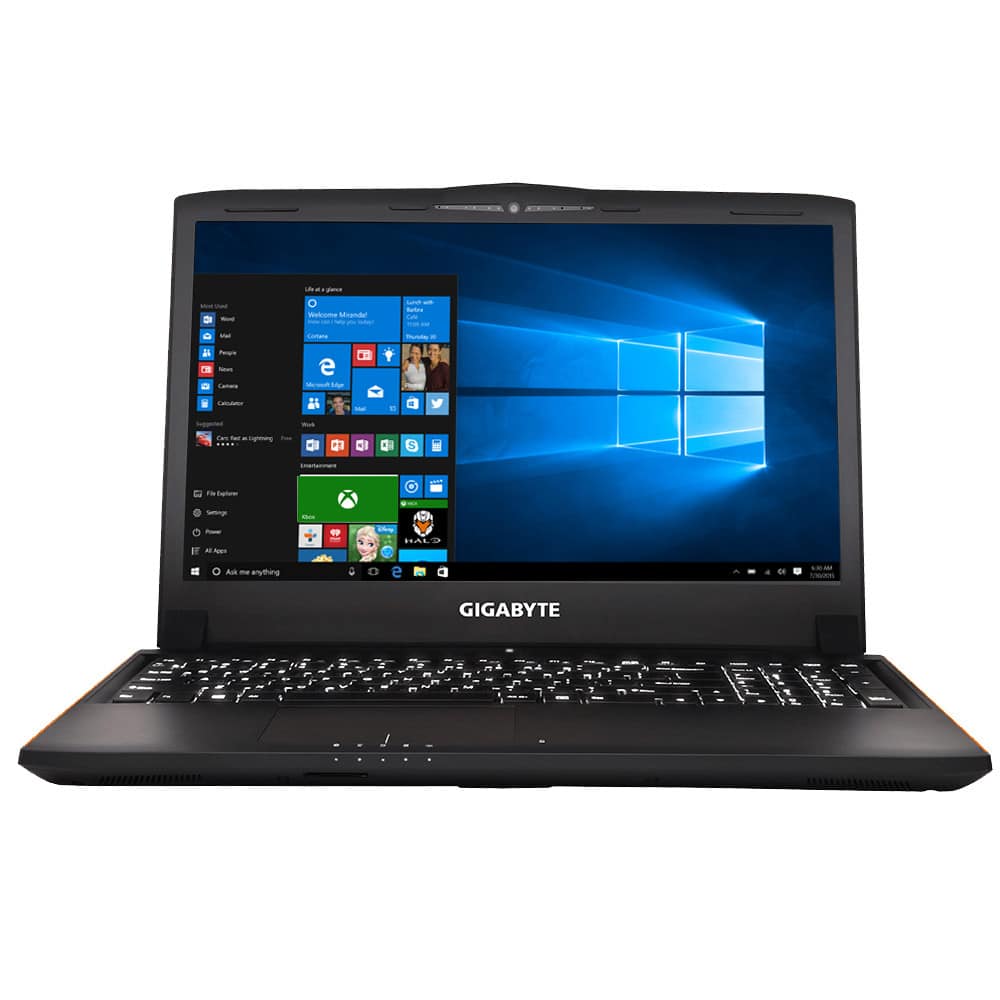 2017 saw a lot of new gaming notebooks coming to the market. It was also year of many model refreshes, among which is the Gigabyte P55W v7.  Last year’s refresh of the P55W features some of the latest hardware combination (as at the time) that a gaming laptop can have. Compared to the sixth edition of this laptop, the seventh version boasts a seventh-generation Intel CPU, 256GB SSD and 16GB of DDR4 RAM. However, the P55W v7 features the same IPS panel and GTX 1060 graphics chip used in its predecessor.

The P55W v7 chassis is not a metal one which also translates to a lower price tag in comparison with similarly spec’d laptops. This gaming notebook is fairly large for a 15-incher as it has a footprint of 380 x 269 mm with a thickness of 34 mm automatically taking it out of the slim laptops category.

At 2.68 kg (5.79 pounds), the Gigabyte P55W v7 is fairly light for its size. Although it is not the lightest 15-inch laptop, it is still portable compared to some other gaming notebooks.

As stated in the introduction, the Gigabyte P55W v7 sports an IPS display. The display resolution is Full HD and non-glossy. The matte panel is bright enough for outdoor use and has fast to average response times. Viewing angles on this display are wide enough for side viewing. 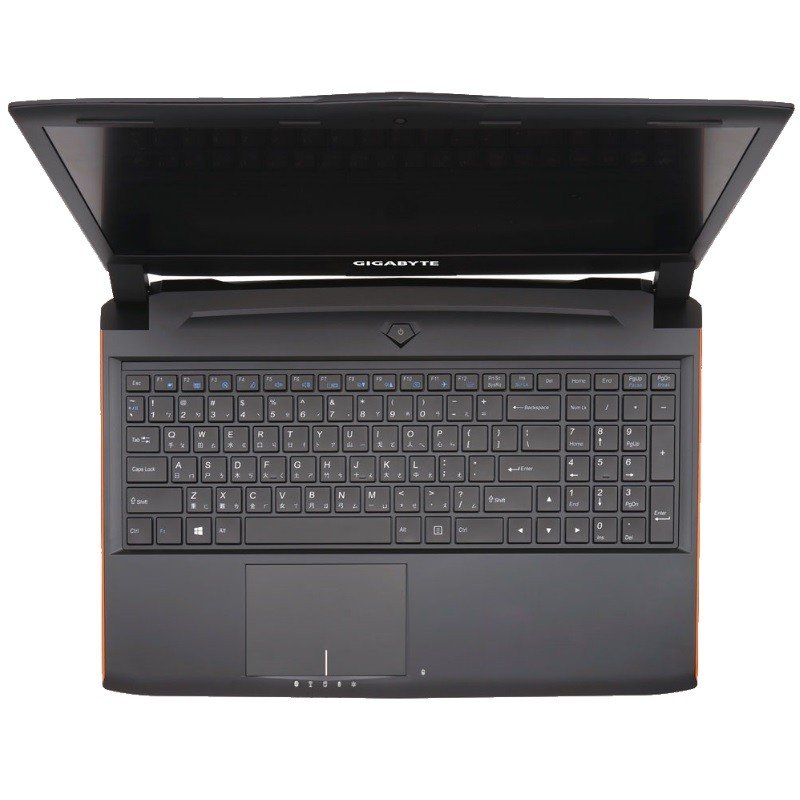 The P55W v7 has the same keyboard as its predecessor – a standard full-size keyboard with two levels of one-color backlighting. The keyboard is lacking macro keys that are now common on gaming laptops.

The button-less touchpad has a white line that demarcates where the clickable buttons are meant to be. The smooth gliding area is ample for multi-finger gestures and has good accuracy as well as good feedback.

Intel’s Kaby Lake Core i7-7700HQ clocked at 2.8GHz runs the show for the Gigabyte P55W v7. This quad-core CPU can be overclocked up to 3.8GHz and it has been used in many popular gaming laptops. This seventh-generation processor is considerably faster than its sixth-generation predecessor.

Nvidia’s high-end Pascal GPU, the GeForce GTX 1060 does graphics processing for the P55W v7. This graphics card has 6GB of DDR5 RAM.

Moving on, a 6-cell 63Wh Li-Po battery powers the Gigabyte P55W v7 when disconnected from a power source. This ensures that the laptop keeps running even when you are far away from a power outlet. On maximum settings, the laptop can last for about 2 hours while it can go on for about 13 hours of minimum use.

For its price, the Gigabyte P55W v7 comes with the essential ports for a gaming laptop that include an HDMI 2.0 port, a mini DisplayPort, an SD card reader, three USB 3.0 ports, two audio jacks, an Ethernet port and one Type-C USB port (no Thunderbolt 3).

Bluetooth 4.2 and Dual-Band Wi-Fi radios are equipped in this notebook. In addition, the P55W v7 has an optical drive installed which may be rare for many gaming notebooks.

The Gigabyte P55W v7 costs a little less than $2000. The notebook can be gotten from Gigabyte’s website as well as other e-retailers and offline stores worldwide.

The major highlights of the Gigabyte P55W v7 include the solid and durable build, good ports selection, and fairly good battery life. The main detractors are the lack of Thunderbolt 3 support, low storage capacity, and thick chassis. Regardless, the Gigabyte P55W v7 is a good bang for the bucks.