What’s better than pointing a camera on the screen? An in-screen camera recording. Learn how to screen record on a Mac.

To screen record on Mac, there are two ways to do it, depending on what version of macOS you are using. You can either use the long-time QuickTime player or the recent Screenshot Toolbar, all of which are default inbuilt apps on a Mac. With them, you can even take scrolling screenshots on Mac.

Just imagine living on your gadgets without being able to screenshot? Okay, don’t, it is not something nice to picture.

From showing proof of something, like online payment, to recording parts of video clips. Even recording tutorial videos, like most of the videos you see on YouTube. Especially gaming videos you see on most platforms these days, all screen records of the actions on the screen.

Bottom line is, it is really important to be able to capture what or whatever is happening on your screen and save it in a shareable media format. So, in this article, we will dive into the easy bits of how to screen record on a macOS system. So let’s dive right into what and what we’ll be using and how to use them to record the screen.

What is Screenshot Toolbar?

The Screenshot Toolbar comes in the form of a floating toolbar. It comes with different options that allow you to screenshot or record a video of the entire or desired part of the screen.

Launching the Screenshot Toolbar can be done via the Launchpad icon.  Launchpad is a launcher for launching applications on macOS. More or less like the app drawer icon you are familiar with on most devices.

Initially designed to look like the old SpringBoard interface on iOS devices, updates have brought about new looks and new icons. So you should look out for any of the following icons, depending on your macOS version. 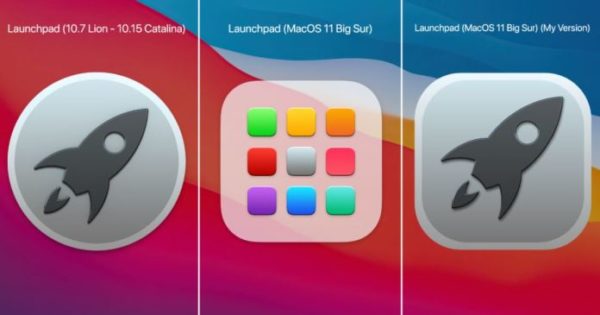 Click the Launchpad, go to others, and then click on Screenshot to open the toolbar. You can also launch the Screenshot Toolbar using keyboard shortcuts. Pressing the keys, Shift + Command + 5, will also open the screenshot toolbar.

How to screen record on Mac using the Screenshot Toolbar

To screen record on Mac with the Screenshot Toolbar.

Screen recordings done on Mac are saved as .mov files on the desktop by default. If you are not okay with the save location, you can change it via the options button on the Screenshot Toolbar.

The Options button on the Screenshot Toolbar allows you to tweak the settings to the way you prefer. You can find the following settings:

What is QuickTime Player?

Now for those whose MacBook is a bit old with an old macOS version, the Screenshot Toolbar might not be available for you. So your option for screen recording is using the QuickTime player.

QuickTime is a computer app initially developed to allow a user to play movie files. It has been around for a long time now, developed by Apple since 1991, and many features added over time.

Popularly used for playing files with the .MOV extension, QuickTime can also be used to capture whatever is on the screen and save it, whether in a picture or video format.

You should note that Apple no longer supports QuickTime updates. Stopped in 2016 for windows, support for QuickTime on Mac was also discontinued in 2018. So there is no newer version after that, and it might not work on some of the latest macOS.

How to Screen record on Mac using QuickTime Player

You can be able to screen record whatever is going on your screen using the QuickTime Player app. You can then open and edit or choose not to edit within the app and save it on your MacBook.

Below is how to record on Mac using QuickTime Player.