Knowing how to video chat on Facebook messenger lite is something everyone who uses Facebook should know as it will definitely come in handy at some point.

Facebook as a whole have been helping people around the world stay in touch and also meet new friends. The Facebook app helps people achieve that even faster. The app gives you real-time notifications like messages, friend requests, likes and comment. Although, the Facebook app has its bad sides and that is what seems to be pushing majority of the Facebook app users to Its lite version. 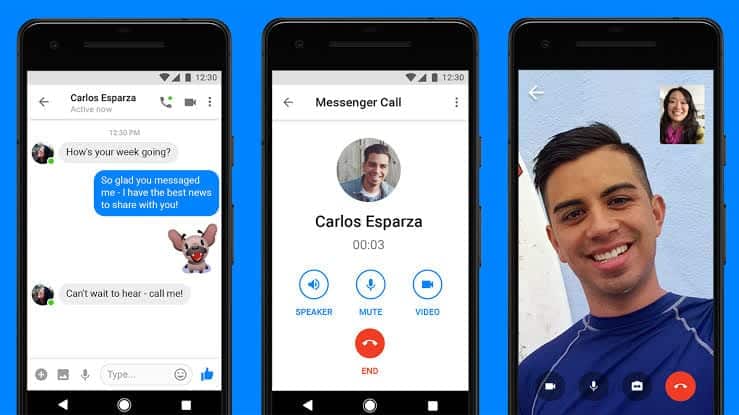 If you have ever used the main Facebook app on a 1GB RAM device. Then you would agree that it slows down the device. Not to talk of also installing the main Facebook messenger app on the same device. This is why Facebook created the lite version of both apps. And are working really hard to get the important features from the main apps to the lite apps.

The most recent being the addition of the video chat feature to the Facebook messenger lite that was added sometime last month. Talking about the newly added feature, Facebook’s CEO, Mark Zuckerberg said that video chats are an essential part in today’s world of communication.

This feature have been on the main Facebook app for both iOS and Android devices. This new video chat feature on the Facebook messenger lite app is also available on the Google play store for android and also on the apple app store for iOS.

Starting a video call with a friend on the Facebook messenger lite app is very simple. Just by following the steps below:

⚫ First, you have to make sure the Facebook Messenger Lite App is installed and you are Logged In

⚫ Open The App and click on the Conversation With the person you want to video chat with.

⚫ Click on the newly added Video Icon at the top right side of the app.

That’s it. Just wait for your friend to pick up the video call request and you are good.

Facebook also introduced some new settings you can play with like changing the camera to be used during the video call from the selfie camera to the rear camera. You can also mute the microphone if you want to be seen but not heard.

I personally like the fact that Facebook is porting some major features of the main Facebook app and Facebook messenger apps to its lite versions. This will be particularly good for those who use 1GB RAM or less devices. And also those who plan on buying the New TECNO’s F-Series smartphone that comes with Android Oreo (Go Edition).

Since the phone is running on just 1GB of RAM, the lite version of both Facebook and its messenger app will be the best fit for those devices. Thankfully, you can now also video chat on Facebook messenger lite.