The Hugo Boss Touch was one of the numerous smartwatches unveiled at Baselworld in Switzerland. The smartwatch is a perfect representation of a classic, smart and professional design its brand stands for. The Hugo Boss touch which happens to be the first smartwatch of the brand runs on Android 2.0 and went on sale last month at about $395. 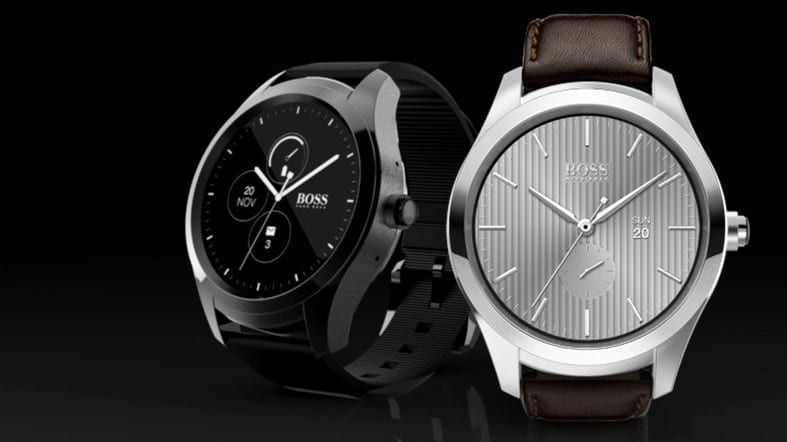 The classic smartwatch comes in a black and silver casing with both leather and silicone straps. The design which is pretty much generic is simple, attractive and carries more design effortlessly compared to other smartwatches. The straps are however held in place by regular lugs and are changeable if you wish to.

The Hugo Boss Touch was created and designed in collaboration with Movado which released their own Movado Connect smartwatch. Both Hugo Boss and Tommy Hilfiger fashion brands are in collaboration with the Movado group although the latter is cheaper at $295. Like the Fossil Group who unveiled a range of Android wearables across various brands, Movado has gone on a full-fledged rampage against the tech giant with its watches. 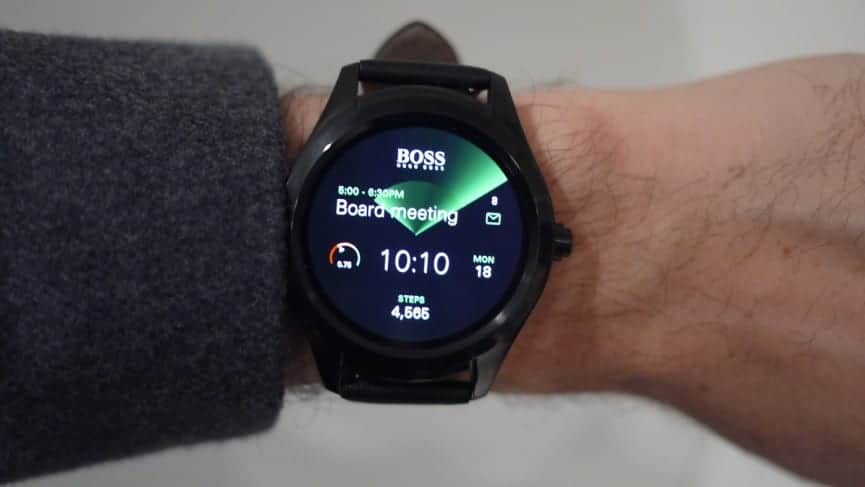 The lugs dominate the design and hold in place replaceable straps. The crown is set at the side of the watch, with a button on top to navigate through the apps menu and to return to the home screen. Hugo Boss touch, however, didn’t choose to take advantage of Android Wear 2.0 rotational input functionality to give advance crown or bezel control.

There are five Hugo branded dial to choose from, displaying your next meeting or calendar entry, putting step cont front and centre and sporting business-centric complications. Also, there is a built-in NFC chip which means the Hugo boss touch is capable of making Contactless payment using the Android pay app.

The thickness and dimension of the Hugo Boss Touch appear to be unavailable at the moment, although there seems to be no problem concerning the bulkiness in size of the smartwatch. It measures about 12mm in thickness and about the same dimension is much slimmer than the Tag Heuer Connected Modular 45.

Information concerning the screen resolution is however unclear at the moment. But it is said to as some impressive features, and there seems to be no pixelation or graininess. Although its colours were great and Hugo Boss Touch’s bespoke dials and watch face looks nice.

There are little details on the Hugo Boss Touch mostly because the company has not yet issued a press release concerning the smartwatch. The smartwatch does not have a feature like heart rate monitor which is sensible since it is a fashion brand and more focus should be on the aesthetic rather than any other thing. To avoid unnecessary bulkiness which would not do well to favour the formal look the smartwatch stands for.

The Hugo boss Touch is made by Movado who is also responsible for the production of some other smartwatches. If you prefer a bit more traditional looking watch with some functionalities as opposed to the general look of smartwatches, then this is the watch for you.