The CES event is one at which various types of consumer electronics are unveiled, and LG is getting ready for next year’s edition with a number of new smartphones including four in its new K series and the LG Stylus 3.

The LG Stylus 3 was announced some days ago along with four other Android smartphones in LG’s new K series, and its one of the three new LG smartphones that would launch with the latest version of Android, Android 7.0 Nougat in 2022.

The LG Stylus 3 is a mid-range smartphone with a 5.7-inch HD display which uses the In-cell Touch IPS display technology. It is powered by a 64-bit MediaTek MT6750 processor with eight processing cores and its graphics operations are handled by a Mali T860 GPU.

The phone packs a 3GB RAM and 16GB of internal memory which can be expanded up to 2TB with a microSD card (it seems every new smartphone these days has the option of external storage expansion up to 2TB). A 3200mAh battery gives the Stylus 3 running power, and unlike most new smartphones, its battery can be removed.

The LG Stylus 3 sports a 13MP camera with LED flash at the rear, while it houses an 8MP camera at the front. It supports 4G LTE network connectivity as well as NFC, GPS and Bluetooth version 4.2.

There is a fingerprint sensor below the LED flash at the rear of the phone. As the name suggests, it comes with a Stylus Pen which has a diameter of 1,8 millimetres and has a  fiber tip. The smartphone has the Pen Pop 2.0 UX which works well with the stylus pen.

The LG Stylus 3 runs on Android 7.0 Nougat out of the box, pushing it on the slowly-growing list of smartphones with the latest version of the Android operating system. 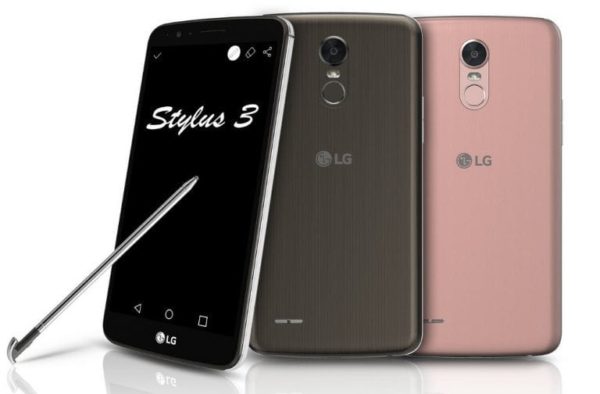 The LG Stylus 3 would be announced in January 2017 at the CES 2017 event along with four other smartphones spanning from budget to mid-range in the K series. It comes in Pink Gold and Metallic Titan colours.