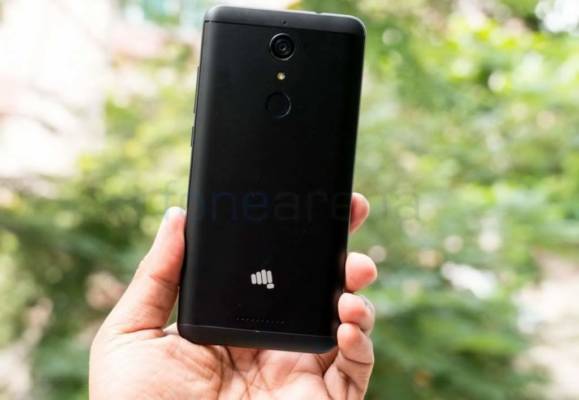 The Micromax Canvas Infinity is ready to give you the feeling of infinite space and screen real estate with a 5.7-inch display which has an HD (1280 * 720) pixel resolution and is covered with 2.5D curved glass.

The phone has an 83% screen-to-body ratio and 18:9 aspect ratio with very slim side bezels, a combination the company calls Full Vision. Unlike most mid-range smartphones, it has a metal back which can be removed.

The Micromax Canvas Infinity is powered under the hood by a quad-core Snapdragon 425 processor with a clock speed of 1.4GHz, and an Adreno 308 GPU handles its graphics operations.

It has 3GB of RAM and 32GB of default storage which can be further expanded up to 128GB with the use of an external microSD card.

The smartphone sports a 13MP camera which uses the 5P lens and a 1.12µm-sized pixel together with a LED Flash at the rear. The camera has a f/2.0 aperture, allowing sufficient amounts of light into the lens, and an 81.5-degree Field of View, ensuring that more objects can fit into your pictures. It’s capable of recording videos in Full HD (1080p) resolution.

If you think that’s the climax, you’re wrong. A 16MP camera which uses the same 5P lens, f/2.0 aperture and also has an 81.5-degree FOV is present at the front of the phone to take care of selfie photography. Hence, your selfie experience is bound to be even more fulfilling than the principal photography.

What’s more, the selfie camera is accompanied by a LED flash for visibility in low-light situations and is capable of recording 1080p videos.

The Micromax Canvas Infinity packs a 2900mAh battery which most likely can be removed and replaced since the phone’s back cover is removable. It has dual micro-SIM slots and supports 4G VoLTE.

Battery charging is enhanced, and file transfer across multiple devices is made faster thanks to the USB OTG present on the phone.

The Micromax Canvas Infinity runs on Android 7.1 Nougat out of the box, but according to the company, it can be upgraded to Android 8.0 Oreo, the latest version of the Android operating system which was announced today.

The smartphone features a fingerprint sensor which is positioned on its back panel beneath the rear camera module and allows you to easily and quickly unlock the smartphone.

Availability and Price of Micromax Canvas Infinity in India

The Micromax Canvas Infinity will be sold exclusively on Amazon India from the beginning of next month. It comes in Black colour, costs  Rs. 9,999 in India and is currently available for pre-order.