More than a year since it launched its flagship Exynos 8 Octa-core 8890 14nm SoC, Korean Tech Giants, Samsung are at it again with a teaser of the yet-to-be-introduced Exynos 9 already making the rounds just when we were expecting the Samsung Galaxy S8 series to run on the Exynos 8895 which is one generation newer than the Exynos chip used in the Galaxy Note 7. 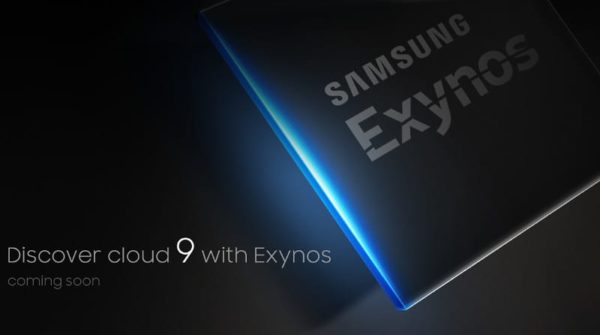 With Qualcomm’s flagship Snapdragon 835 processor definitely powering the Galaxy S8 in the U.S, it remains to be seen which Samsung-built processor will power the Samsung Galaxy S8 in other markets; the teased Exynos 9 or the Exynos 8895?

The teaser which reads “Discover cloud 9 with Exynos” is an indicator that a new Exynos chip which is definitely the Exynos 9 is making its way out very soon.

We don’t know much about its specs, but the Exynos 9-series chip is expected to make use of the 10nm FinFET process(which it only just began to use in mass production of SoCs last October) with Samsung’s M2 CPU cores to go with. It should also come with Mali-G71 GPU and four stock ARM A53 cores.

My question remains “will Samsung really employ the Exynos 9 in the soon to come Galaxy S8 or are we to expect it in later devices?” Maybe I’ll get an answer at the MWC 2017 event in Barcelona later this month, but till then, I keep my fingers crossed.