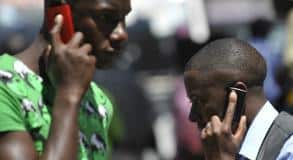 Information gathered indicates that the Kenyan Government is requesting permission from mobile telephone service providers to allow it plant gadgets on all networks in the country that have the ability to listen, read and track mobile devices in Kenya.

More than 30 million Kenyans will have their phones tailed if Kenyan service providers come to terms with the Government!

And if StandardMedia.co.ke report is genuine, the Government, through the Communications Authority (CA), will start fixing the gadgets on the networks run by Safaricom, Airtel, and Telkom Kenya from next week.

The rumoured gadget, which is nicknamed “Black boxes” has the ability to listen, read and track down individuals who own and operate a mobile device in any part of the country.

Quoting Kenyans.co.ke, “The black box will have access to all information on our network. With the system, they will tell where you are, who you have called, and how long you will have stayed at a place. If you paid by mobile money, say M-Pesa, they can tell how much you were charged, and so on,”

Reacting to the move by the Government, The Consumer Federation of Kenya (COFEK) has warned that they will sue the Communications Authority (CA), service providers and other operators if the tracking system is implemented.

Apparently, the word “privacy” in the Kenyan Government’s dictionary has some other meaning different from the conventional’s. Or perhaps the word doesn’t exist at all.

You would agree with me that if the Kenyan Government had a good understanding of the word, they wouldn’t think towards infringing the privacy of citizens by tracking citizens phone calls.