Read to see the differences between these devices from Tecno “i series”; Tecno i3 Pro vs Tecno i5 Pro 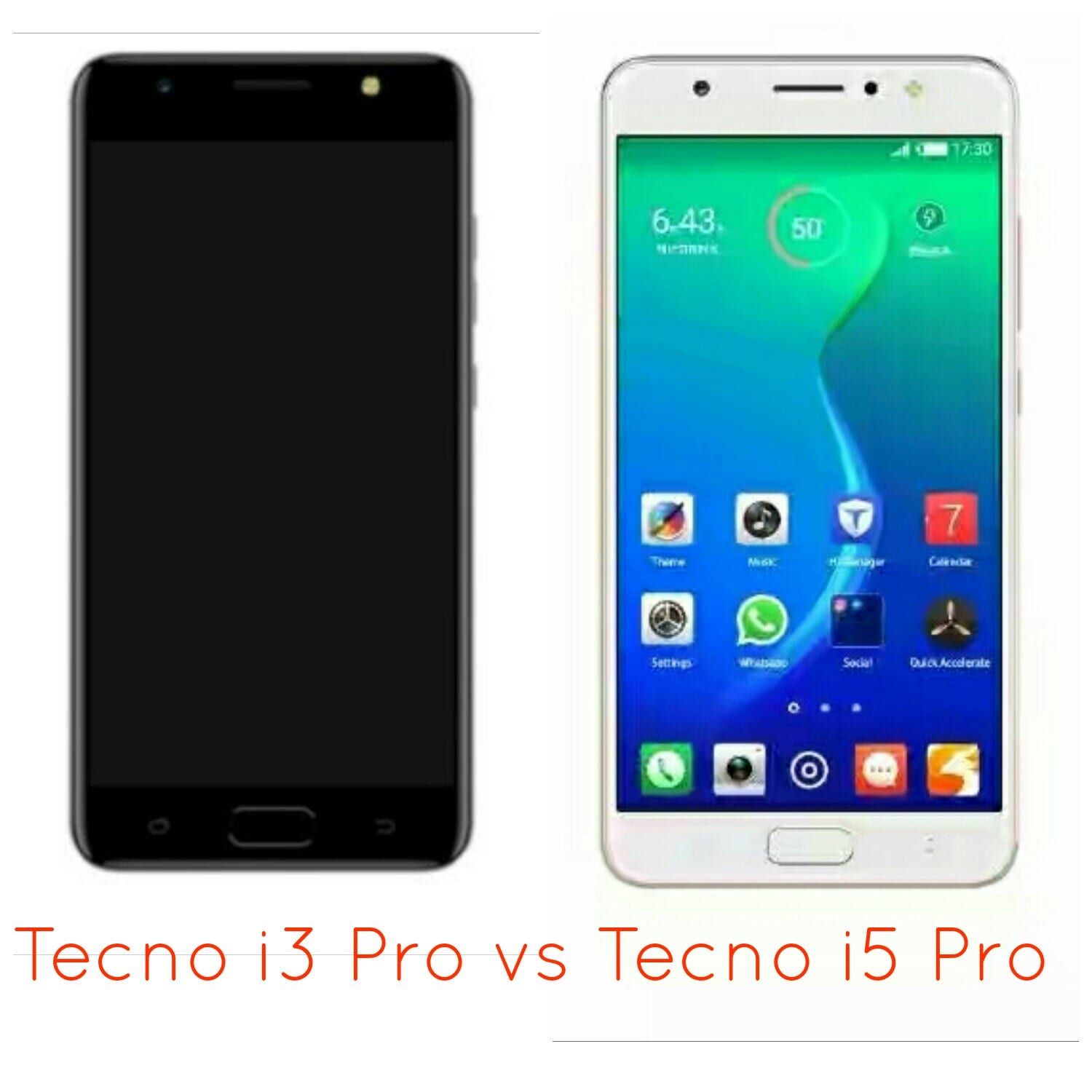 For years, Tecno Mobile was widely renowned for providing affordable Android​smartphones across Africa. Well, like Naeto C said, “things are not the same” anymore. Tecno is now in Asia! Up and running in India to be precise!

Tecno have made grand entry into the India smartphone market with not just a device, but a “series of device” – the Tecno “i series“. The i series has devices like the Tecno i3 and i3 Pro; Tecno i5 and i5 Pro & the Tecno i7.

Having reviewed each of these devices, we thought it would​ be a nice move to ease the curiosity and buying decisions of our dear readers, some old Tecno fans out here in Africa and the new/potential users in India by pointing out the differences and similarities between the “Pro” devices in the “i series”, the Tecno i3 Pro vs Tecno i5 Pro; hence the creation of this article.

So why don’t you just go ahead and see things by yourself in the table below.

Tecno i3 Pro vs Tecno i5 Pro

See how closely similar these devices are? There are only few differences; the rear camera, screen size, processor and battery capacity.