Ulefone, the Chinese smartphone manufacturer, is gradually becoming a force in the smartphone industry. The China-based OEM launched the Ulefone Armor sometime last year. The Ulefone Armor was not just any kind of device; it was a rock solid super strong device that will go toe-to-toe and win battles against hard surfaces and withstand​ a temperature range of -20℃ – 80℃.

Now we are in the year 2017 and Ulefone have decided to make some upgrades and modifications to the Ulefone Armor and release a better and more rugged version to the first device in their Armor series; the Ulefone Armor 2.

Let’s see what Ulefone has to offer on the “most rugged device” this time around. 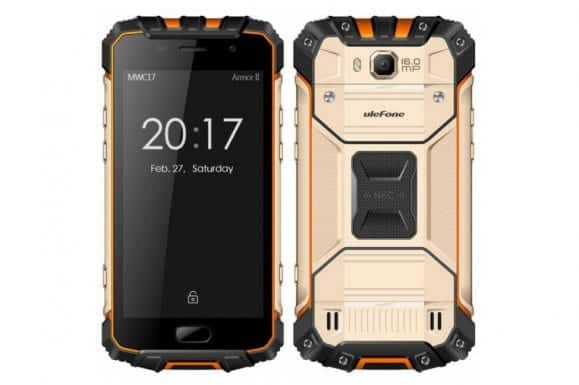 The Ulefone Armor 2 was designed and manufactured with dual body material, sporting a metal and plastic built with about 3 to 4 different colour combinations that look matching and pretty amazing. I can see about two different shades of cream colour, black, orange and some very tiny traces of yellow.

The Armor 2 is however, bulky… and heavy too. But this is expected, though, owing in large part to the rugged body structure and a massive battery. The bulkiness is the price users have to pay for ruggedness I guess.

While the Ulefone Armor launched with a 4.7-inch display screen, the Ulefone Armor 2 rocks a bigger 5-inch Full HD IPS capacitive touchscreen. That’s quite okay for an upgrade if you ask me. The Armor 2 also has a pretty high display resolution of 1080 x 1920 p and a 441 pixel per inch (ppi) pixel density.

Supporting the Armor 2 in its ruggedness are features like Corning Gorilla Glass 4 which protects the screen from breaking and shattering. Also, the Armor 2 is scratch resistance. This is just pure ruggedness. 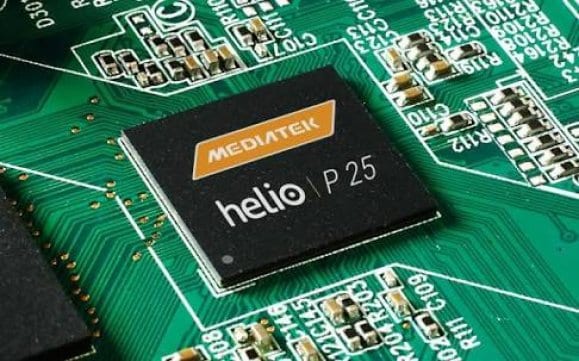 Just when we thought ruggedness was the only selling point of the Ulefone Armor 2, Ulefone proved us wrong.

The Armor 2 comes with a MediaTek Helio P25 (MT6757T) chipset, and it is noteworthy to state that this chipset from MediaTek is known for its signature high-speed running of processes. The Armor 2 64-bit Octa-core processor is also divided into two parts; the first has a clock speed of 2.5 GHz while the second processor is pegged at 1.4 GHz speed.

With the huge 6GB RAM and 64GB ROM on the Ulefone Armor 2, you also get speed and fluidity of processes – be it gaming, movies, reading, multitasking, surfing the web or what have you and enough space to store your files.

The Armor 2 has a 13MP rear camera with CMOS sensor and a f/2.2 aperture and also flanked by a LED flash. Other exciting features of the rear camera include Autofocus, HDR, Face detection, ISO setting, exposure compensation and so on.

On selfie duties is a 5MP camera. This is decent enough if you ask me.

This monster device is powered by a huge 4700 mAh Li-polymer battery. The battery pack, of course, is not removable.

The Ulefone Armor 2 is a monster device. The design and display reeks nothing but strength, durability and ruggedness. The display screen is protected by Corning Gorilla Glass 4 against breaking and shattering. The battery is also a seller – the 4,700 mAh should last close to 24 hours on full charge or more. The Armor 2 is the device adventurers and explorers should have. All the specs and features are designed to fit perfectly into their lifestyle.