Number one mobile messaging App in the world, WhatsApp just keeps getting better and better with time every single day – talk about fine wine here. Over the years, we have seen and received new developments, improvements and updates from the mobile messaging company that improves and eases users experience with the App. Updates like voice call, video Call, increase in a maximum number of group members from 100 to 256, end-to-end encryption to mention a few are unquestionably moved by WhatsApp that have impacted users lives positively. No one should argue that.

Now, WhatsApp is introducing and embodying Emojis that were only and selectively available to iOS devices and Android devices running on the latest 7.1 Nougat into devices running any Android OS that supports WhatsApp. However, the update having the new Emojis is currently available in the Beta stage (being tested by certain selected users) but will be released to all users who are not Beta testers as soon a general update is available from WhatsApp.

In the Beta version that’s undergoing testing, numerous Emojis were added, though some aren’t new to iOS users as stated earlier. Emojis added include a clown, an avocado, a new dancing boy, bacon, a girl and a boy doing a facepalm and a shrug, a whisky glass, a butterfly, a nauseated face, new hand signs, a handshake emoji and a few more. And yeah, you get a “fingers crossed” Emoji and a slanted “laughing face with tears” Emoji too. 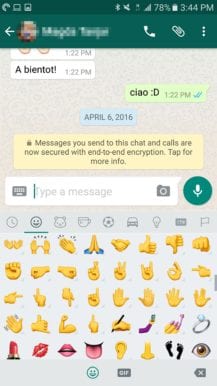 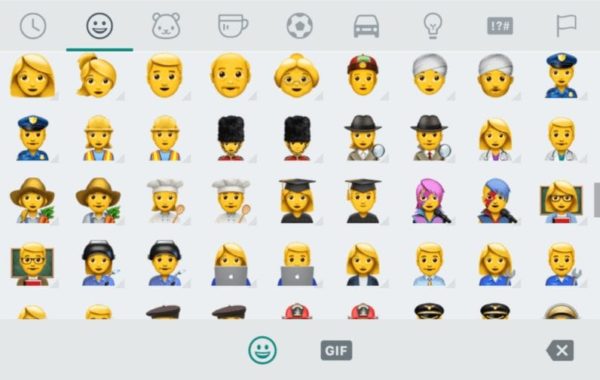 WhatsApp also added emojis of the Buckingham Palace Guards, doctors, male and female construction workers, mechanics and what seem to be images of a boy and girl operating a Mac laptop – I can’t say for sure, but my guess is they’re  programmers or probably just computer operators.

Moving on, you don’t have to be running the latest Android 7.1 to try out these emojis as once released, all Android devices running the Android OS and are WhatsApp supported will have these Emojis. The new emojis also shows how much an advocate of equality WhatsApp is – the presence of female versions of all profession emojis affirms the statement.

Just for reiteration purpose, the Emojis are presently available to Beta testers at the moment. It is only a matter of time before WhatsApp releases a universal update that allows everyone access to the Emojis.