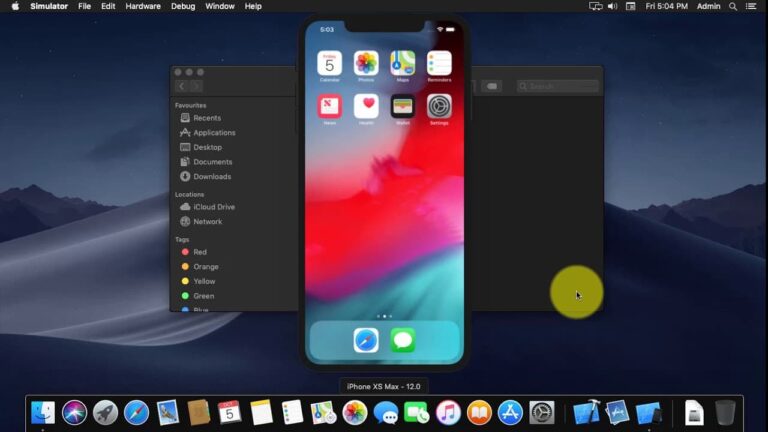 Just like android phones, the iOS emulator is a powerful application that helps you to run iOS apps on your PC. This can be Windows or Mac. With an emulator, you can even play normal iOS games on your PC. In this post, we will be sharing some of the best apps that you can use to emulate the iOS app on your device.

Xamarin TestFlight is one of the powerful and helpful apps that many iOS developers use. It’s an iOS emulator that runs perfectly. This emulator is developed by Apple and it has lots of useful emulator features. The little downside is that the emulator is only compatible with iOS 8.0 and above. Nevertheless, it’s completely free to download.

Adobe AIR is not an emulator, but a developer tool that allows you to see what an app will look like in an iOS ecosystem. This framework app lets you create new instances of the iOS GUI on a Windows PC. The little downside is that it has hardware replication limits. This means what you will see in an AIR iPhone may not be the same in an actual iOS device. However, Adobe AIR is one of the best in terms of testing apps.

Corellium is a virtual device platform that runs on ARM servers in the cloud. Security researchers use the platform to run a simulated iOS device within the browser. So we can not say this is an emulator, but an iOS virtualization software that individuals can use. Getting the too easy though but setting it up can be challenging & complicated.

Xcode is a popular and great iOS emulator built in for testing apps. This is an ideal app for iOS developers. One of the great features of this app is that it lets you run your apps on a virtual device instead of deploying them on a physical device. It also offers you the option to select from a variety of devices and screen sizes. Not just that, you can even select from different iOS versions.

Air iPhone Emulator is a lightweight and simple iOS emulator app that comes in a friendly user interface. The application reproduces the iPhone’s GUI on your PC. So all you need is the AIR framework for this application to work. The main purpose of the application is to replicate the graphical user interface of the mobile phone.

appetize.io is an online iOS emulator that works the same as the offline emulator. This emulator is free and it also supports the Adobe AIR framework. So all you need is to launch the software and then click on the homepage to start emulating iOS apps in your Windows. Since this is an online app hosted on the cloud, you don’t need to install any app on your device.

SmartFace has dedicated software for app developers. This software is used by developers to test their existing apps or to create a new ones. The good news is that it supports all frameworks like Objective-C, Swift, Java, Kotlin, React Native, Ionic, etc.

This is an app that you can use to create a virtual iPhone on your PC in few minutes. It helps you to see the real iPhone on your desktop. However, this is not best for testing iOS apps because it does not have access to the App store. You will only access default apps like notepad, clock, calculator, and more.

Electric Mobile Studio is a nice iOS emulator that allows you to run iOS apps on Windows devices. This is a premium app and the packages are expensive. However, the app provides users with a wide range of features that could help you to build an iOS app. It has a 7-day free trial which you can use.

This is not an emulator but a simulator that you can use on a PC. So you will not be getting many features on the app.
It gives you access to over 1000 apps including Facebook, WhatsApp, Twitter, and more. This is one of the best apps that you can use to get an iPad experience on your PC. One of the downsides is that it’s a paid app and does not offer a free trial.