The elephone is a Chinese manufacturer already known in the market. The company has brought some interesting gadgets in recent years, but now for 2018 comes the U series, consisting of two models. Elephone U is the flagship, which features a more complete Pro version.

The big highlight is the neat design, which combines metal with glass. The device boasts curves on all sides to provide more excellent ergonomics. It is undeniable not to look at the Elephone U and not remember the Galaxy S8, but it is not today that Chinese manufacturers seek inspiration in a famous smartphone.

Both the Elephone U and U Pro come in four color options – gray, black, blue, and red. The latter two deliver vivid tones to catch the attention of young audiences who are tired of the black and gray world of traditional smartphones. The front is black in all versions, but the metal sides and the rear glass show beauty with flashy colors.

Due to the 18 – 9 screen pattern, the Elephone U has very thin edges on both the top and bottom. On the back, we have a dual camera accompanied by the digital reader, plus dual LED flash. The control buttons are on the right side, including the power on and off and also volume. 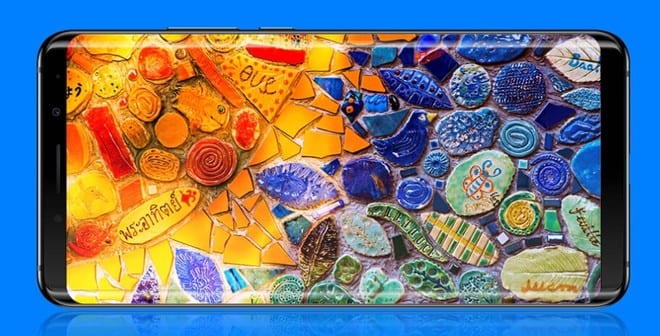 The first major highlight of the new Elephone smartphones is the beautiful AMOLED screen of the handsets. It brings curved edges with rounded corners reminiscent of the Galaxy S8. The company claims that the panel is capable of reproducing intense colors while maintaining expected fidelity.

The panel follows the 18 – 9 pattern with 3D glass that fuses with metal at the edges. With a 6-inch screen and Full HD resolution + we can expect good immersion in videos and games. The U series shows a breakthrough in the line of smartphones from Elephone, delivering a rare quality of being in Chinese smartphones.

Elephone has always bet on MediaTek hardware, but with the U series, we also have the firepower from Qualcomm to deliver superior performance from what we see on the Helio line. The model chosen for the U Pro is the Snapdragon 660, which combines high performance with low consumption, thanks to the advanced manufacturing process.

The Elephone U comes with MediaTek Helio P23, but both have 6 GB of RAM, enough to ensure the best multitasking performance. The two models also share the same amount of storage, with 128 GB of memory. The good news is that the company has not abolished the microSD card slot, which allows the user to expand the storage.

The Elephone U series features a 13-megapixel dual camera at the rear. The secondary sensor is monochromatic, which focuses on reducing the amount of noise in night shots. Both cameras work at the same time to seek the best balance between color, clarity, and detail.

The secondary camera also serves to generate the bokeh effect, blurring the background of the images to give more prominence to the foreground. The company made a point of improving every detail to deliver quality photos and videos, regardless of the situation being photographed or filmed.

Facial recognition is an ever-present technology in smartphones. The Elephone U Series brings the traditional biometric reader by reading digital but also employs reading the user’s face through the front camera of the device. The technology employed by the company is capable of identifying 128 points at the same time, which improves safety and efficiency.

This technology will not come embedded right after the release, but Elephone promises that the novelty will be released in a future update, which should not be late for the company’s new smartphones.