The Turkish manufacturer General Mobile has at the Mobile World Congress in Barcelona introduced a new Android One device. The GM6 is a budget model with MediaTek-soc, 3GB of RAM and 32GB of storage. The handset comes with stock Android. 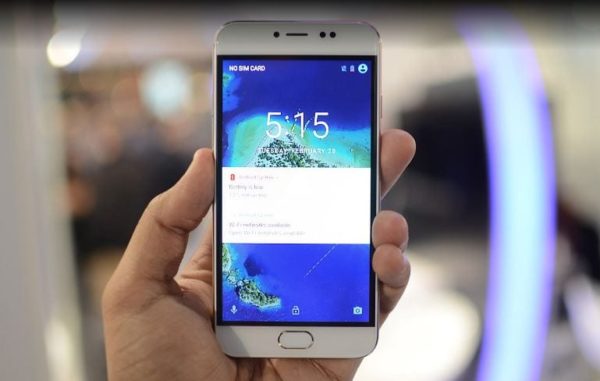 General Mobile has not yet disclosed the price of the GM6. The device is probably the successor of the current GM5, which costs less than two hundred Euros. This device is since sales in the Benelux mid last year and possible Turkish manufacturer is the new also issue this model. When the GM6 in the market is unclear.

Compared to the GM5, the new model has more memory and more storage space. Also, the battery capacity of 3000mAh is greater. Moreover, the GM6 has a fingerprint scanner, a function that is absent in the older model. The new device has flash in the front for selfies and the front camera has a higher resolution of 8 megapixels.

The device runs on a quad-soc MediaTek with four ARM Cortex-A53 cores. The GM5 is a soc with a similar configuration, but Qualcomm. The manufacturer also has the GM5 Plus version at a cost of EUR 300 with better specifications in its range. On a possible GM6 Plus is still unknown.

General Mobile uses Google’s Android One program. This means that the unit is supplied equipped with stock Android and fast OTA’s when a new version is available. Android One handsets will have two years of support.