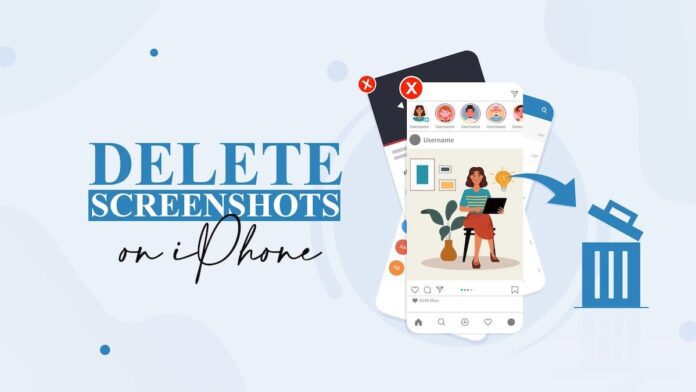 One has spent one’s life on a smartphone in recent years; it is useless to deny it. We take photos, record videos, and surf the net through this device. There is also a very useful function for taking screenshots. And the latter could then be forgotten in your smartphone and occupy a lot of “useless” space since their usefulness often lasts only for that moment of the shot. So let’s see how to ensure that these images are automatically deleted.

Screenshots accumulated in the iPhone: how to delete them

On Apple iPhones, for example, you can take a screenshot (or, as Apple calls it, the snapshot of the screen) by simultaneously pressing the volume up key and the side key. These contents are saved in their own specific folder, which makes it easy to find and sort the most important screenshots from those to discard or delete later.

Unfortunately, this “second moment” is not always available. You may forget that the folder exists, thus accumulating an extraordinary number of screenshots. For this, it can be a good idea to find an automatic (or semi-automatic) solution to remove all the images too. Cleaning up the iOS/iPadOS memory as much as possible is always a good idea: free memory is equivalent to a fast device.

Searching for paid apps is useless: all you need to use is a perfectly programmed shortcut for Quick Commands. This function has been in iOS for a while now, and it lets us program a series of actions that we need to do to reach our goal.

So let’s start by downloading the command from his site and including it in our system. Normally, this is a single-button action, but everything can be programmed to increase its effectiveness.

In fact, once you have downloaded the action, you can modify it to better suit your habits. At the moment, this set of actions is designed to filter the most recent screenshots that have a certain kind of content, but you can change everything to delete images with different kinds of content. By looking at this shortcut, you can still get a good idea of ​​how you can create a suitable shortcut.