Huawei is a mobile brand that can be synonymized for “consistency’ as the smartphone company keeps designing and releasing new devices into the market day-in, day-out. While the Huawei MediaPad M2 10 is an old device, it is no doubt an, one of the  best Hauwei ever made. The tablet has major features such as a 10-inch display with great resolution, 16GB internal memory, massive 3GB of RAM and an octa-core processor.

That’s enough for now, let’s have a more in-depth look at the MediaPad M2 10 tablet.

Speaking about the design of the MediaPad M2 10, it is as simple as it should be. The striking resemblance it has with some Samsung Galaxy tablets cannot be overstated. The tablet is 7.3mm thick and at 492 grams, the MediaPad M2 10 is heavy to operate on one hand for longer periods. The arrangement of hard-keys and ports on this tablet is lovable; the power and volume are located on the right edge, micro USB and microSD slots on the left, and the speaker grills are found on the top and bottom of the device.

There’s an additional accessory Huawei added to smoothen user experience on the tablet. The accessory is a stylus called the M-Pen. The M-Pen is a small pen-like metal stick with pointed black nib for writing and sometimes controlling the MediaPad M2, telling it what to do. 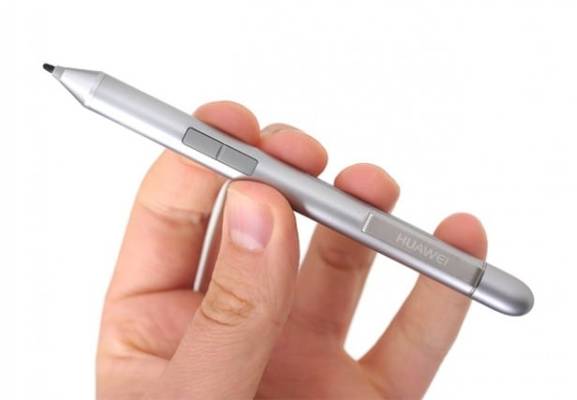 The M-Pen also has a clip, just in case you want to hang it in your pocket after use – just like what you do with your normal pen. 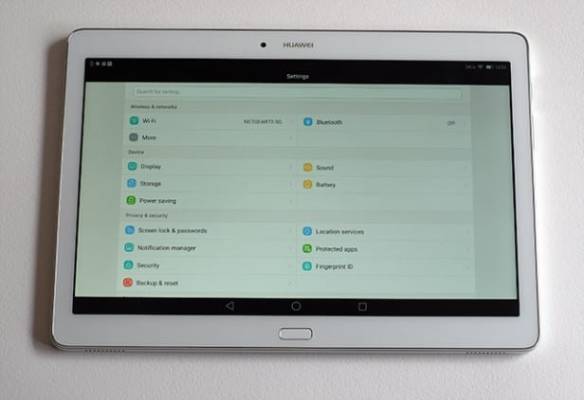 The Huawei MediaPad M2 10 has a 10-inch screen and a 1920 x 1200pixels resolution to complement. The pixel density of the display is tagged at 224 PPI – this is rather small for a tablet of this calibre but you should still get the best colour, clarity and sharpness out of whatever image(s) the screen displays. The screen has no Corning Gorilla Glass protection, so you have to handle the device with enough care and caution to avoid cracks on the screen.

The Huawei MediaPad M2 10 is powered by a 64-bit Octa-core Cortex A53 Hisilicon 930 processor. Huawei then went ahead to add some twists to the processor speed. Half (4) of the Cortex A53 cores run at a clock-speed of 2GHz, the other four, 1.5GHz.

Assisting the processor on graphics duty is a Mali-T628 MP4 GPU. The graphics processor is old but can still get a decent job done when it comes to handling graphics.

With quite impressive processor, the MediaPad M2 10 disappointedly comes out of the box with Android​ Lollipop v5.0. No signs or news of update yet.

In the camera department, the MediaPad didn’t disappoint. The 13MP rear camera takes amazing and well-detailed pictures both in daylight and under conditions of low light. There’s also a tiny LED flash on assistance duty.

For selfies and video call, the 5MP front camera is decent enough. There’s also a “Perfect Selfie” mode in the camera option that further beautify your selfies.

All the above specs and features of the Huawei MediaPad M2 10 are amazing, right? Now, you expect a big battery juice to keep the tablet up and running at all times don’t you?

Well, Huawei didn’t disappoint​. A huge 6,600mAh battery pack further adds to the MediaPad M2 10’s mystique. Be sure to get a minimum usage time between 10-12 hours – something most tablet can’t boast of.

The Huawei MediaPad M2 10 is a tablet that has almost everything… save for some outdated features like the Android Lollipop operating​system and the GPU. Asides those, the display is big enough, cameras are lovely, there’s enough storage space & RAM, and above all, the huge 6600mAh battery is up to the task of keeping the tablet up and running for long periods.