One good thing about this is that you do not even need a PC to go through the steps involved in downloading the latest iOS 11.1 beta on your iPhone or iPad. To download the latest iOS 11.1 beta version on your iPhone or iPad, all you need to do is download the iOS 11 beta profile on our device and then install it just as you would any other iOS update on our device. Now, let us move on to how to actually do this.

Note – It is important that you note that since the iOS 11.1 is still in beta, it would be better to download it on your spare or second iOS device as the update may still contain some bugs.

With that said, let us move on to business.

You should note that sometimes, the iOS beta profile might take some time to appear and as such, it is best to wait if it takes time. If it takes too long or it doesn’t load, you should try rebooting your device.

When that is done, download and install the iOS 11.1 beta 3 as you would a new iOS update on your iPhone or iPad. 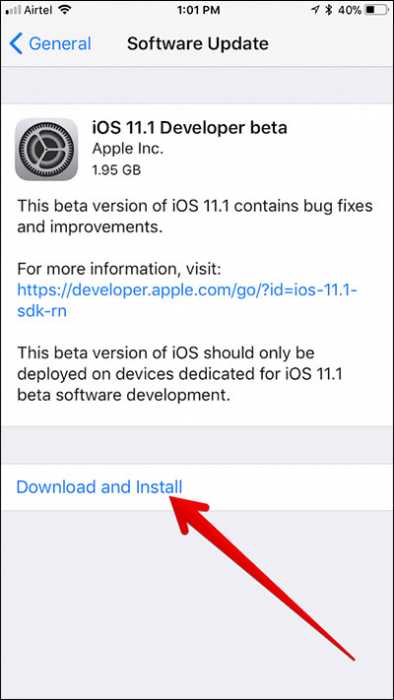 So that is it. You can now try the iOS 11.1 beta 3 and explore all the new features and changes on it. Make sure to let us know your feedback on the new iOS update, Have fun!