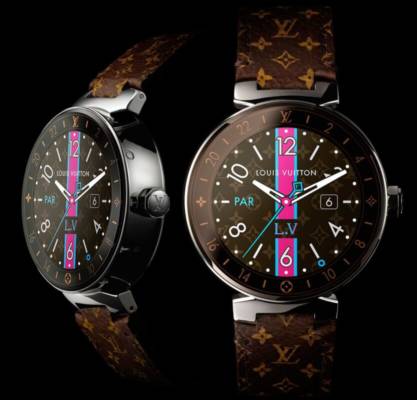 Louis Vuitton developed the watch in collaboration with Qualcomm and Google, and its design is based on the Tambour line of watches Louis sold since 2002. The chief executive officer of the French luxury brand told New York Times that in his view when it comes to wearable technology “there is a lot of ugliness out there” he said, “For us, the aesthetic is not negotiable.”

The Tambour Horizon integrates recent modification to the design with the concave sides that the brand refers to as the Tambour Moon case which makes the watch looks smaller than it is (slimming in all the right ways).The lovely convex curve on the circumference of the chassis somehow manages to minimise the bulky look and also makes it comfortable to hold the watch face when you are pressing the digital crown or swiping across the screen display. 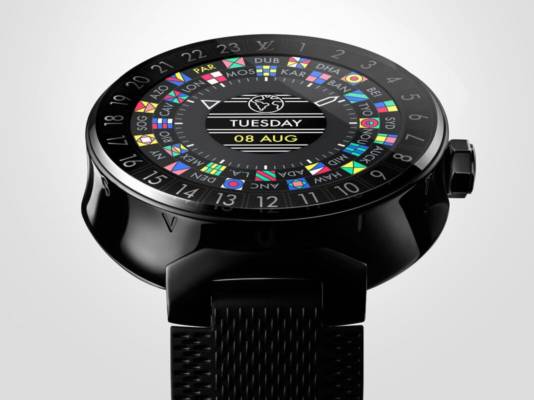 The 42mm wide case is refreshingly neither too small, though it might still look too large for those with a particularly slim wrist, it appeals to watch lover who likes a big watch. The 1.2-inch screen 390 x 390 AMOLED display is quite commendable and surrounded by a 24-hour dial ring which gives access to the main cities time zone around the world. This perfectly circle blends in well with the bezel that nicely fits in with LV’s watch face when they are are not in use since they don’t display numbers. 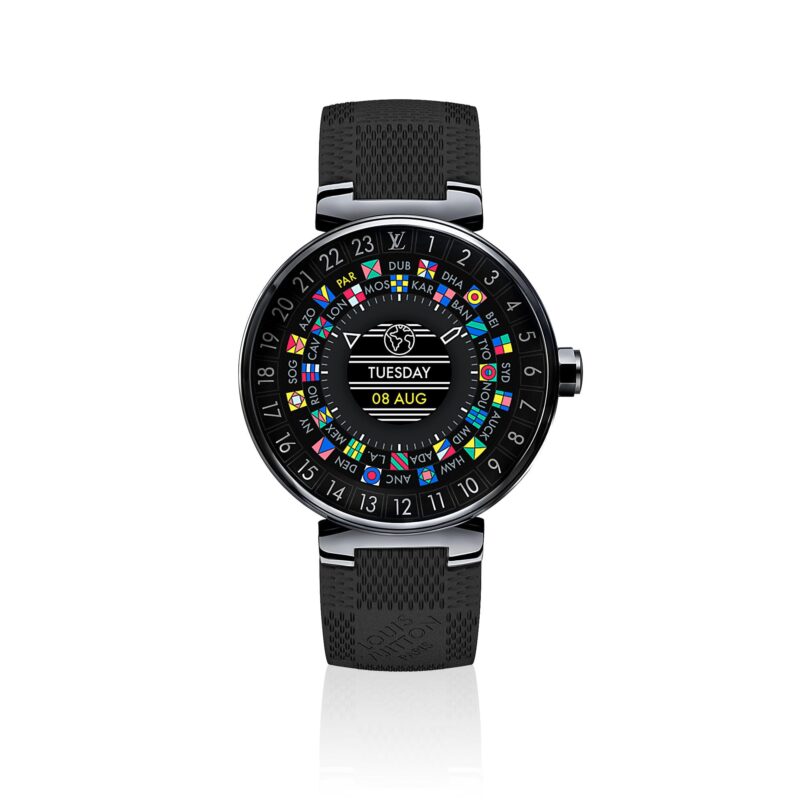 It offers standard Android features like weather, alarms, pedometer, timer and notification for messages, calls, and emails. Two proprietary apps that are exclusive to the brand that is featured include ‘My Flight’ which provides automatically updated information and ‘City Guide’, a set of curated guides and services by Louis Vuitton to nearby historical landmarks, restaurants, and hotels. The Tambour Horizon has Android 2.0 meaning it is compatible with both iOS and Android devices using Bluetooth and Wi-Fi. 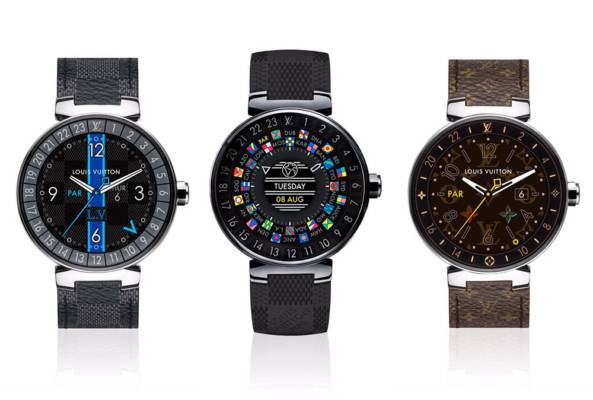 The Louis Vuitton Tambour Horizon has a 300mAh battery which can last about a day on a full charge, a 512MB of RAM and 4GB of memory storage. There is also a Qualcomm Snapdragon Wear 2100 built-in Processor chip and waterproof up to 30m unlike the IP rated water resistance of its contemporaries.

The watch comes in 3 different colours black, graphite and brown with other 60 different available bands in case you want to change it. All in all the Tambour Horizon is a cleverly designed and very attractive smartwatch.