Of course, this is a Kickstarter project, but it looks very successful, as it only managed to reach the target limit in the first few days.

LunaR combines an interesting and especially minimalist, solar-powered design that recharges your watch. Forget about unnecessary chargers that you will not need with these watches. 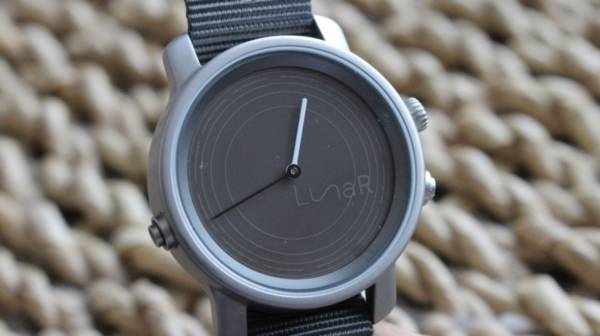 LunaR which is a United States based tech firm is ready to bring to reality and has just hit Kickstarter chasing $50,000 to bring the project to reality what it regards to as the World’s first solar-powered smartwatch. The hybrid smartwatch features a transparent solar panel that can harvest light from the sun as well as artificial light to power the watch up. It also comes with a backup charger just in case, however, if you stay in the light whether artificial or sunlight, you will not need the charging kit. Natural or artificial lighting, which lasts for at least one hour, is sufficient for the recharge.

The main features that the Lunar’s smartwatch have are, delivering light based notifications for texts, social media update and calls while it also as fitness monitoring feature like step counting, distance travelled, sleep and calories burnt. It also tracks sunrise and sunset via the panel and even sends alert when you ought to get out and recharge. Sponsors can pick one up for $99, which is far more cheaper compared to the $239 retail price. 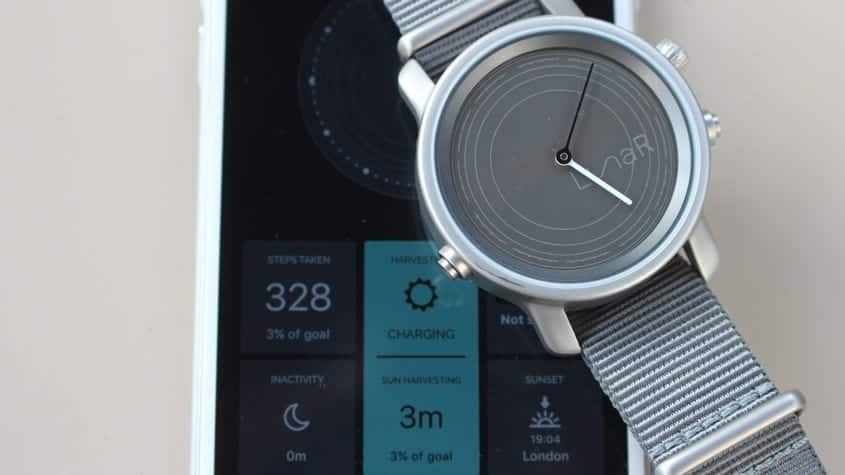 The design feels very much in good shape and comfortable on the wrist although this a new smartwatch and not much is expected. However, the design is not especially exquisite it is not bad, and it quite sits on the wrist on the watch. Like lots of hybrid smartwatches in the market right now the issue lies in balancing the good looks of the smartwatch with the design compromises that have to be dealt with in the addition of the tech that powers up the smartwatch

For users with the minimalist approach, from the matte coating on the metal surface on the metal casing to the buttons, watch face with the sun theme and the white & black straps. It is simple, stylish and not bulky, unlike some other smartwatches which try to cram up features into the watch and end up making it grumpy smartwatch.

The straps are detachable if the user has any need to change it into something more fashionable or for some other reason does not like the belt. In addition to the decent style, it is always a thing of relief if a smartwatch is waterproof. And the Lunar can stay in water up to the depth of 50 meters. 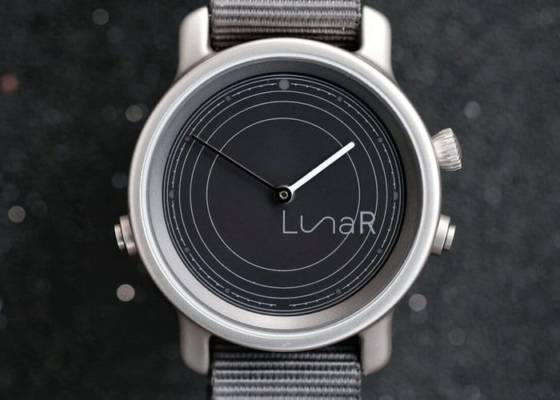 The Lunar is base on a mechanical mechanism unlike most hybrids so you will have to twist the crown to set the time instead of syncing with the time on your smartphone. Lunar has powered with Sunpartner Technologies to use its Wysips Reflect tech, a transparent voltaic module that comes in both square and rectangular, so it does not affect the design of the smartwatch.

A sun icon is seen spinning on the app’s dashboard on your smartphone to indicate it is charging when exposed to a light source. The app is compatible with both iOs and Android and the app also record the time spent in the sun as well as charging status and battery level.

In addition, you can check the battery level with the supported application. Also interesting is the watch interface itself, which allows you to display up to two time zones, local, which is displayed via the LED indicator and the preset zone, which is slightly weaker.

The single LED light at the top comes up whenever a notification comes on your phone. Each app supported as its own assigned colour so you can know what is what.

It also tracks steps taken and sleep data which is displayed on the app and includes setting the alarm, which sends a vibrating signal to the watch, the ability to see sunrise and sunset time at your present location as well as a Find My Watch mode in case it is missing. This is the first of its kind and we hope to see more solar-powered smartwatches in the future and more functionalities.