Intex Technologies has been on a roll since the end of January when they launched the Cloud 4G, and since then, the company has launched more than 10 smartphones in the country India. The list has even gotten bigger with the recent launch of the Intex Aqua Supreme+ whose multilingual feature makes it the first of its kind for regional users.

The Intex Aqua Supreme+ possesses a 5-inch HD IPS display having a resolution of 1280 by 720 pixels. The body consists of a plastic back with the sides of the device being metallic.

The smartphone is powered by a quad-core MTK MT6737V processor with the Mali-T720 being its graphics processor. It has a RAM capacity of 2GB and an internal storage capacity of 16GB which can expanded up to 128GB using a microSD card.

The Aqua Supreme+ has a rear camera of 13MP with a LED Flash and a f/2.0 aperture which is ideal for a mid-range smartphone like itself, and it also possesses a 5MP front camera with a f/2.2 aperture. The device, like most smartphones released in India, possesses dual SIM slots supporting 4G VoLTE network connections.

One unique feature of the Intex Aqua Supreme+ is that asides running on the Android Marshmallow, it also runs on Indus OS which renders it a multilingual smartphone i.e it gives users in India access to 9 other regional languages. 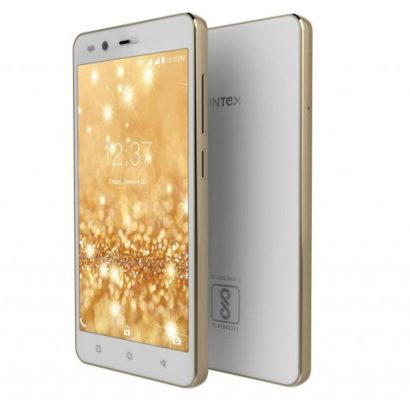 The Intex Aqua Supreme+ comes in Black, White and Champagne colors and it is available in retail stores in India for Rs. 9490 only.