Less than three months after the company collapsed in South Africa, MMM Global, a Russian Ponzi Scheme company has opened shop in Nigeria with the domain name- nigeria-mmm.net

For those wondering what the f%&k was that, Wikipedia is our friend, see below: 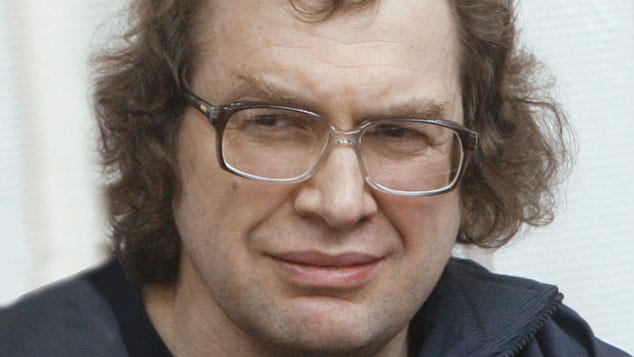 MMM was established in 1989 by Sergei Mavrodi, his brother Vyacheslav Mavrodi, and Olga Melnikova. The name of the company was taken from the first letters of the three founders’ surnames.

Initially, the company imported computers and office equipment. In January 1992, tax police accused MMM of tax evasion, leading to the collapse of MMM-bank, and causing the company to have difficulty obtaining financing to support its operations. Faced with difficulties in funding its foreign trade, the company switched to the financial sector. It offered American stocks to Russian investors, but met with little success. Later, MMM-Invest was created for the purpose of collecting vouchers during privatisation. This effort was similarly unsuccessful.

MMM created its successful Ponzi scheme in 1994. The company started attracting money from private investors, promising annual returns of up to one thousand percent. It is unclear whether a Ponzi scheme was Mavrodi’s initial intention, inasmuch as such extravagant returns might have been possible during the Russian hyperinflation in such commerce as import-export.

MMM grew rapidly. In February 1994, the company reported dividends of 1,000%, and started an aggressive TV ad campaign. Since the shares were not quoted on any stock exchange and the company itself determined the share price, it maintained a steady price growth of thousands of percent annually, leading the public to believe its shares were a safe and profitable investment.

An important factor in the scheme’s success was word of mouth, but most of the company’s success came from its extremely aggressive ad campaign, which appealed to the general public by using “ordinary” characters that viewers could identify with. The most famous of them, a “folk hero” of early 1994, was Lyonya Golubkov. Another notable marketing effort was a giveaway of free Metro trips to all Moscow citizens on a particular day. MMM also was one of the first well-known companies in Russia with a logotype and slogans (“Flying from shadow to the light” and others).

At its peak the company was taking in more than 100 billion rubles (about 50 million USD) each day from the sale of its shares to the public. Thus, the cashflow turnover at the MMM central office in Moscow was so high that it could not be estimated. The management started to count money in roomfuls (1 roomful of money, 2 roomfuls of money, etc.).

Regular publication in the media of the rising MMM share price led President Boris Yeltsin to issue a decree in June 1994 prohibiting financial institutions from publicising their expected income.

The success of MMM in attracting investors led to the creation of other similar companies, including Tibet, Chara, Khoper-Invest, Selenga, Telemarket, and Germes. All of these companies were characterised by aggressive television advertising and extremely high promised rates of return. One company promised annual returns of 30,000%.

On July 22, 1994, the police closed the offices of MMM for tax evasion. For a few days the company attempted to continue the scheme, but soon ceased operations. At that point, Invest-Consulting, one of the company’s subsidiaries, owed more than 50 billion rubles in taxes (USD 26 million), and MMM itself owed between 100 billion and 3 trillion rubles to the investors (from USD 50 million to USD 1.5 billion). In the aftermath at least 50 investors, having lost all of their money, committed suicide.

Several organisations of “deceived investors” made efforts to recover their lost investments, but Sergei Mavrodi manipulated their indignation and directed it at the government. In August 1994 Mavrodi was arrested for tax evasion. However, he was soon elected to the Russian State Duma, with the support of the “deceived investors”. He argued that the government, not MMM, was responsible for people losing their money, and promised to initiate a pay-back program. The amount ultimately paid back was minuscule compared to the amount owed.

In October 1995, the Duma cancelled Mavrodi’s right to immunity as a deputy. In 1996, he tried to run for Russia’s presidency, but most of the signatures he received were rejected. MMM declared bankruptcy on September 22, 1997.

While it was believed that Sergei Mavrodi left Russia and moved to the United States, it is possible that he stayed in Moscow, using his money to change apartments regularly and employ a group of former special agents. With the help of a distant relative he started Stock Generation Ltd., another pyramid scheme based around trading non-existent companies’ stocks in a form of the “stock exchange game” on the company’s site, stockgeneration.com. Despite a bold-letter warning on the main page that the site was not a real stock exchange, between 20,000 and 275,000 people, according to various estimates, fell for the promised 200% returns and lost their money. According to U.S. Securities and Exchange Commission, losses of victims were at least USD 5.5 million.

Mavrodi was found and arrested in 2003. While in custody, Mavrodi was given until January 31, 2006 to read the documents in his fraud case against him (The criminal case consisted of 650 volumes, each 250-270 pages long). At the end of April 2007, Mavrodi was convicted of fraud, and given a sentence of four and a half years. Since he had already spent over four years in custody, he was released less than a month later, on May 22, 2007. He later went on to creating yet another pyramid scheme called MMM-2011.

The MMM scandal led to increased regulation of the Russian stock market, but the legacy of the fraud led many to become extremely suspicious of any joint stock companies.

In 2015 MMM began operating in South Africa with the same business model as MMM-2011, claiming a “30% per month” return through a “social financial network”. The group was identified as a possible pyramid scheme by the National Consumer Commission and accounts of clients were later frozen by Capitec Bank. In response to mounting criticism and official investigations by state authorities in 2016 supporters of the South African MMM scheme staged a protest march in Johannesburg.

In 2016, MMM launched a website targeting the Nigerian audience.

Many Nigerians who are not conversant with the fact that the company is a fraudulent establishment that defrauded more than 40 million people of at least USD10 billion before being shutdown and declaring bankruptcy in Russia.

As reported by Fin24, MMM Global in its usual manner operated a platform where its members are encouraged to donate money to others by rewarding them with the bitcoin-linked virtual currency – Mavros – in return, and can apparently get 30% return on their rand investment by doing so.

However, it is a known knowledge that a scheme is a Ponzi scheme when expected return is 20% higher than the repo rate. To the amazement of any reasonable person, many South Africans still fall prey despite the fact that the repo rate in SA is 7%.

MMM Global only gave South Africans the bad news with a post on its website saying “We regret to inform you that we have to close down the Republic of Bitcoin. It was an experiment, and, unfortunately, it failed. We turned out not to be able to pay 100% per month.”

How can a company that has been defrauding people since 1989 claim its scheme is an experiment in 2016?

I met a former colleague who has fallen prey to the fraud. He was reveling in the phantom promise that his NGN100,000 will yield him additional 30% in return. I immediately alerted him that he has fallen for a Ponzi Scheme and that everything will soon blow up in his face.

To further delude their victims, MMM Global has been using propaganda and lies. My colleague narrated the origin of the company to me. Even a smart person will get carried away. The height of the idiocy was when he told me that MMM was closed down in Russia because the company became richer than the Russian government and all the banks put together.

A day before it collapsed in South Africa, BehindMLM, a website that reports news on Ponzi Schemes and Multi-level Marketing, MLM warned the public saying:

“The financial apocalypse is upon us, MMM Global has collapsed,”

“MMM Global cannot sustain paying out more than is invested. And as long as affiliate investment is the only source of revenue entering the scheme, any MMM Global scheme will ultimately collapse.

“They’ll continue to pay ROIs (return on investments) until withdrawals exceed the rate of new investment, and then run out of money all the same. One only needs to look at the collapse of MMM China for evidence of what’s to come”.

“Unfortunately for most MMM Global investors, the collapse is the end of the line. Those unlucky enough to live in countries where MMM Global runs secondary scams (like South Africa), were informed their accounts would be transferred over.”

However, I am not surprised that Nigerians will fall prey to MMM Global. Ponzi Schemes are recurring decimals in the social history of Nigeria. From fraudulent investment clubs, to wealth solutions and other MLMs  across the country.

In the midst of the banking boom, many Nigerian lost billions of Naira (NGN) to Ponzi Schemes who promised millions of the population superfluous interest rates close to 150% within 30 days.

A writer once accused many Nigerians of ‘momentary amnesia’, but in the midst of an economic crises, record inflation and ‘technical recession’, the lack of access to information by victims of such schemes seals their fate.

Let us know, have you joined MMM Global or you know someone who has?

The thoughts and opinions expressed here are those of the individual contributor(s) alone and do not necessarily reflect the views of the publisher.