News about an upcoming HTC device, the HTC U11 EYEs just confirmed that HTC really isn’t done with creating variants out of the HTC U11 smartphone. The HTC U11 was a really successful smartphone. It was HTC’s flagship for last year and it packed top-notch specs that made it worthy of competing against other top 2017 flagship smartphones. Oh yeah, it also had this special “Edge Sense” feature that allows you activate some control by squeezing the sides of your smartphone to certain customizable degrees. You can read more about the Edge Sense feature in the HTC U11 review. 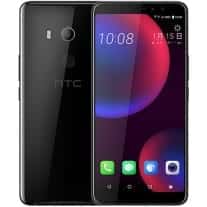 The upcoming HTC U11 EYEs will be based on the HTC U11; just like the HTC U11 Plus and HTC U11 Life. The HTC U11 EYEs will feature a bigger display sized 6.0 inch Super LCD and will have a FHD+ resolution (1080 x 2160 pixels). The device will come in a new signature Red colour alongside Black and Silver colour variants.
On the internal, the device will use an Octa core processor, 4 Gigabytes of RAM and 64GB of internal storage with support for micro SD card (probably up to 2 Terabytes like the U11 and U11 Plus). 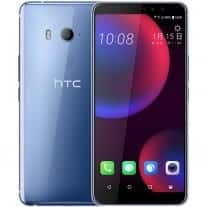 The HTC U11 EYEs has been confirmed to released on January 15,2018. So, save the date… and keep your EYEs open. No information regarding the price of the HTC U11 EYEs yet but the device is projected to be first available in regions like China, Hong Kong and Taiwan before finally released to sell in other regions.