The Xiaomi Mi Mix 2 is the 2017 flagship device from Xiaomi and the smartphone has been subject of many headlines as it sports amazing specs. The device have been previously compared to the mighty Samsung Galaxy Note 8 (HERE) and even the Galaxy S8 (HERE). That shows how big of a deal the Mi Mix 2 smartphone is.

The Xiaomi Mi Note 3 on the other hand is also a similarly stunning device with impressive specs. The Mi Note 3 was announced by the Chinese company alongside the Xiaomi Mi Mix 2 on September 11 and many have mistakenly taken the two smartphones to be the same device because they were released on the same day, but they aren’t. 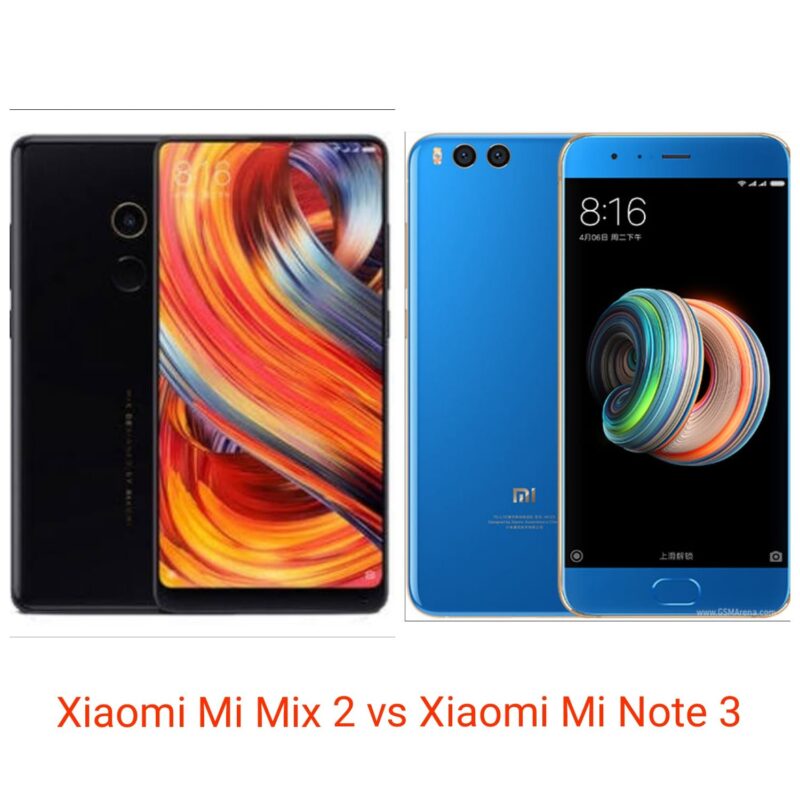 They have quite a number of specs in common but you can spot their differences in the comparison table below.