After all the leaked sources about the Galaxy S9, I believe there is a “bone, meat” Galaxy somewhere. Even the box of the product has appeared clearly not long ago. Join Phone Arena to compare the differences of the Galaxy S9 with its predecessor Galaxy S8.

Table of contents: show
1 1. A camera with a larger and more variable aperture
2 2. Design Galaxy S9 will be even more perfect
3 3. Galaxy S9 configuration is pretty much upgraded
4 4. New circuit board design
5 5. Other features

* Note – This article is based on leaked information when the latest product I will have a more detailed comparison.

1. A camera with a larger and more variable aperture

A recent source said the Galaxy S9 would deliver a completely new camera experience compared to the Galaxy S8. According to the leak, the Galaxy S9 will be equipped with a new full-size camera with a large F / 1.5 aperture and F / 2.4 aperture that will help you capture images in darker environments and take portraits.

The Super Slow motion feature is on the box, which can be camera-equipped with S9’s own caching, which allows for less than 1000fps on the Xperia XZ Premium.

2. Design Galaxy S9 will be even more perfect

According to the information is leaked recently, Galaxy S9 will have a design that does not change too much compared to the Galaxy S8. The machine has a monolithic design with two front glass. The infinity screen can be made even s3xier because the two borders on the bottom will be narrowed down. 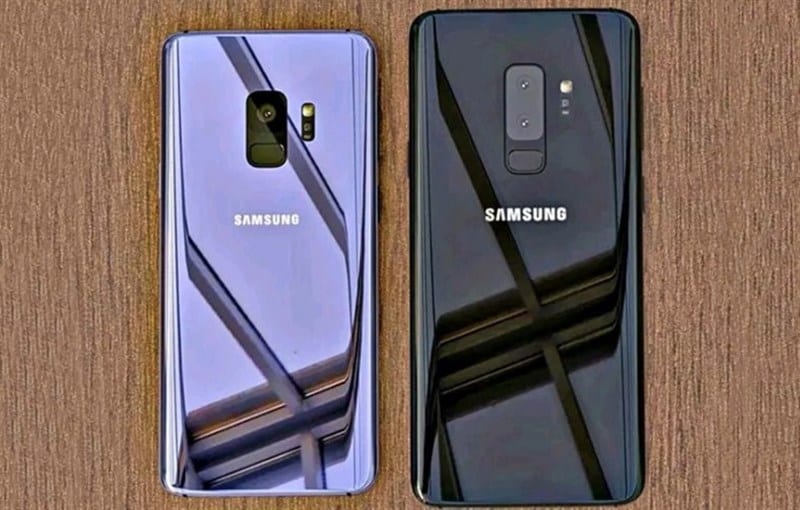 The fingerprint sensor on the Galaxy S9 will likely be positioned similarly to the Samsung Galaxy A8 or A8 + 2018 recently. This will help alleviate the common problems encountered when using the Galaxy S8 such as – Touch the wrong camera, hard to reach, …

SEE ALSO: LEAGOO S9, ready for launch in the MWC2018 The first iPhone X with Android in the world?

The performance of the Exynos 9810 is still unclear, but the Snapdragon 845 will deliver 30% more power, and save 30% more battery life than the Snapdragon 835 when it comes to heavy use such as high-quality video, gaming or real estate. Virtual. Also, the camera will also be adding new features such as 4K HDR video recording at 60 fps, improved AI, …

Samsung has researched and created some components within the Galaxy S9 that are smarter by stacking it up, called SLP (Substrate Like PCB). With this setup, the Galaxy S9 will have a capacity of 3,200 mAh battery, higher than the Galaxy S8 (same as the L-shaped battery on the iPhone X).

But Samsung can only use this design for the Galaxy S9 running Exynos chips, while the Snapdragon 845 version has not been applied due to some technical issues.

Based on leaked information on the box on the recent Galaxy S9, we can know that the S9 will be equipped with Stereo speaker technology from the famous AKG brand for better sound quality on the car. its flagship. Also, AKG headphones are similar to S8 and Note 8. 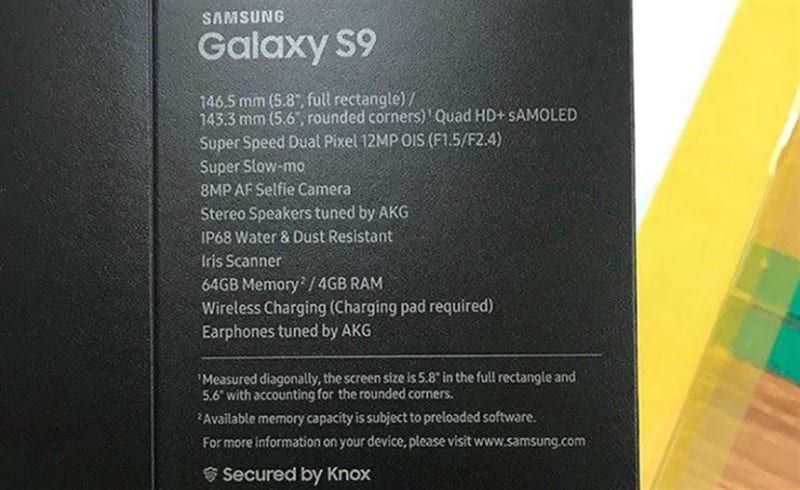 Finally, it has features like fast wireless charging, dust, and IP 68 water resistance.