Intex Technologies has launched the Intex Aqua A4 smartphone, a budget device under its Aqua series of smartphones. According to Nidhi Markanday who is Director & Business Head at Intex Technologies, the launch of the Aqua A4 brings tech innovation at the most affordable of prices. The device runs on the Android 7.0 Nougat OS, sporting a 4-inch WVGA display.

The Intex Aqua A4’s specs speak volume of its budget status; the device sporting a 4-inch WVGA display with display resolution at 480*800pixels.

It is powered by a quad-core processor which is clocked at 1.3GHz. It has a 1GB RAM along with its 8GB of internal memory for storing multimedia files.

Its camera setup is pretty simple, with no LED flash adding a brighter side to its 5MP and 2MP cameras at the rear and front respectively. It packs a 1750mAh which is just about convenient enough for a device of its status.

The Intex Aqua A4 smartphone runs on the Android 7.0 Nougat OS out of the box with pre-installed apps like QR code reader, Xender and several others. 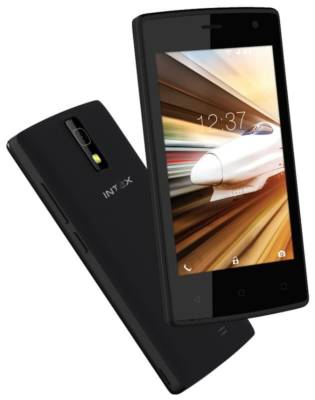 Availability and Price of Intex Aqua A4 in India

The Intex Aqua A4 comes cheap, worth only Rs. 4,199 and is available in Black colour only. The smartphone comes with pre-installed applications like Xender, Gaana and QR Code reader.