Lenovo-owned company, Motorola seems to be clinging to the spotlight lately. It all began when the company released a teaser for some of its upcoming devices on its 44th anniversary, now, rumours are rife about two Motorola devices to be released in the offing; the Moto C and the Moto C plus. Based on leaked images and specifications, it is safe to say that both smartphones are budget smartphones and should both feature front cameras with LED Flash.

The Moto C could come in two variations; a 3G and 4G model with both featuring slight disparities in phone specs. Below is a review of the device’s rumoured specs and since the device has not been officially announced, it would be wise not to take it at face value. 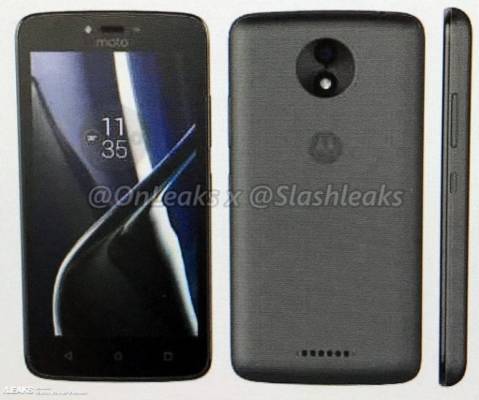 The budget smartphone is expected to feature a 5-inch screen setup with a pixel resolution of 480 * 854. Its design offers something quite simple as a plastic build seems to be quite enough for a smartphone of its calibre.

Running on the Android 7.0 OS (Nougat) out of the box, the budget device is magnanimous enough to accommodate a 2350mAh battery offering users an impressive battery performance. We hear again that the Moto C device could come at a very low cost and if that be true, then we could be looking at Motorola’s cheapest smartphone.

Availability and Price of Moto C in China

Since, the smartphone has not been announced yet, little is known about its availability and pricing. Notwithstanding, the Moto C is expected to come in black, white, gold and red colours.