It’s no more news that Nokia is going to release  four Android smartphones in 2023, but of the four, only one, the Nokia D1C had been leaked to the public. Now, the other three smartphones have been leaked, and we can give you an overview of what you’re to expect from the legendary mobile phone maker in 2023.

The first one, the Nokia Z2 Plus, has surfaced on Geekbench, and as is synonymous with such listings, some specs of the device have been revealed.

The Nokia Z2 Plus is a high-end smartphone with equally high-end specs like a Snapdragon MSM8996 processor amongst others. 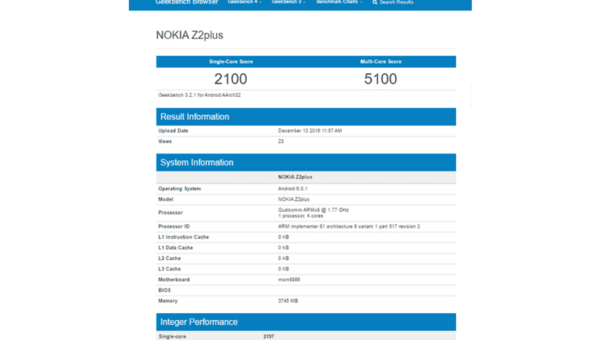 According to the Geekbench listing, the Nokia Z2 Plus would be powered by a quad-core Qualcomm Snapdragon MSM8996 (Snapdragon 810) chipset with a clock frequency of 1.77GHz and 4GB of RAM.

It runs on Android 6.0.1 Marshmallow out of the box, and on the Geekbench hardware testing platform, the Nokia Z2 Plus has a single-core score of 2156 and a multi-core score of 5217.

That’s all we know about the upcoming Nokia Z2 Plus as per its Geekbench listing. Details of another upcoming Nokia smartphone, the Nokia P have also been leaked online, so let’s take a look at what we are to expect. 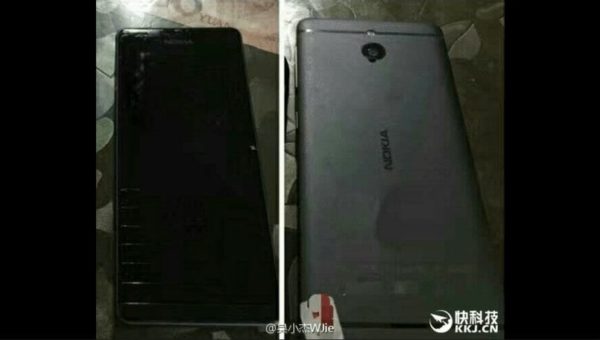 The Nokia P is the flagship of the four smartphones that will be released by Nokia next year. It is powered by the latest Snapdragon 835 processor with 6GB of RAM. The phone is touted to surpass the iPhone 7 and Samsung Galaxy Note 7 (RIP ?), especially as its processor outranks the processors in the Apple and Samsung flagships.

The Nokia P has a 5.5-inch display with a Quad HD (2K) pixel resolution. We don’t know it’s battery capacity yet, but we know for sure that it will come with Qualcomm Quick Charge 4.0 technology which is 20% faster than the previous version, Quick Charge 3.0. 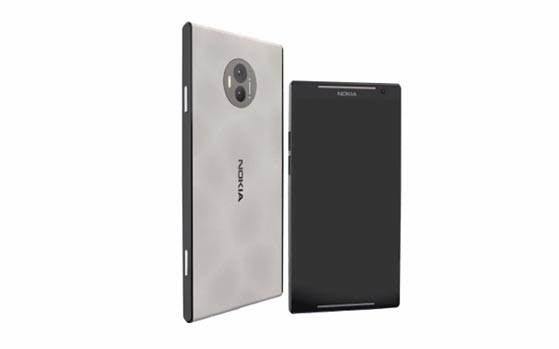 This is the second mid-range smartphone that will be released by Nokia in the year 2017. The Nokia C1 has a 5-inch display and dual 16MP+12MP rear cameras with two LED flashes, the first a triple-tone LED Flash and the second a Xenon flash. It also has a 5MP camera at the front.

It will reportedly come with a 4GB RAM and will be available in 32GB, 64GB and 128GB ROM variants.

Remember that the Nokia D1C which is going to be the cheapest of the four smartphones will come in variants, both sporting FHD displays and powered by Snapdragon 430 processors.

The four smartphones would be released in the MWC event in March 2017. A KS the days go by, we’ll be getting more information about these upcoming Nokia Android smartphones.