Chinese phone maker Oppo has officially launched the Oppo F1s as scheduled today in India with emphasis on the 16MP front facing camera which the hype about the device centred on, thus gifting the device the nickname “Selfie Expert”. A 16MP sensor ordinarily shouldn’t elicit enthusiasm but when it is sported by a front shooter, that is amazing. 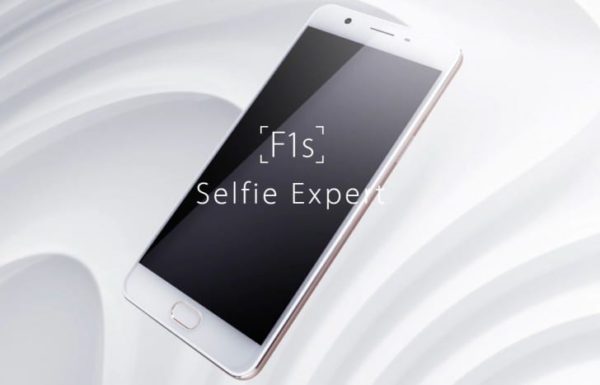 Still on the camera, the oppo F1s apart from the strong hardware also features a softwarewhich Oppo calls Selfie Beautification 4.0 which further enhances the quality of the selfie. In addition to that, the smartphone also comes with a Selfie Panorama mode and a range of image filters which isn’t spectacular anyway. There is also an LED flash as well as Optical Image stabilization.

The rear camera unit is a 13MP sensor which also shoots video at 1080pixels, an indication that the smartphone camera is selfie focused.

In other specs, the Oppo F1s sports a 5.5-inch display screen with a resolution of 720pixels. The smartphone is powered by a 1.5GHz Octa-core MediaTek MT6750 processor. The Selfie expert packs 3GB of RAM and 32GB of internal storage space under its hood with a microSD slot providing an avenue for expanding the built-in memory.

The sleek smartphone boots Android 5.1 Lollipop based Color OS 3.0 out-of-the-box and has a fingerprint sensor embedded on the Home button. There’s also an ample 3075mAh battery providing the juice to power the device with fast charging support.