The smartphone market is not just top models full of premium hardware for astronomical sums. There are still many users who do not need it or do not use their potential. And moreover, every year there are those who are still new to smartphones. 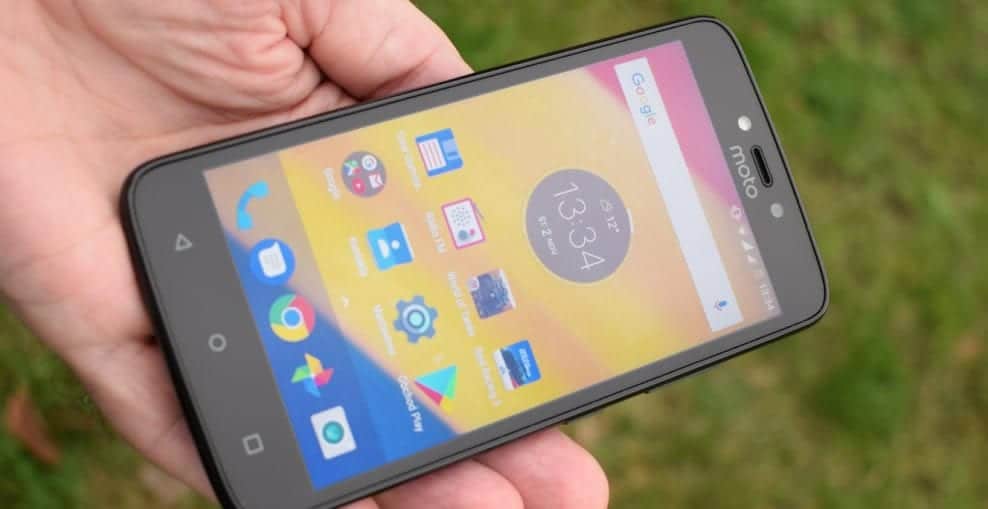 The Motorola Moto C Plus can be the first phone to be used by some users. For this model, we got a relatively simple phone that we appreciated the appropriate size.

The display has 5 inches, and its resolution is 720 x 1,280 px, which is quite sufficient for this size. You set the backlight only manually, but it is quite enough even during a sunny day.

The removable rear cover is now a rarity; the Moto C Plus hides its battery behind the back cover, as well as slots for a triple card. Yes, this phone has two slots for Nano SIM cards and a separate microSD card slot.

No problem so you can use Dual SIM mode with the inserted memory card. Priority SIM 1 allows you to connect to an operator’s LTE network to get you faster-downloading speed for files. Surfing the Internet through Wi-Fi is also available.

Pure Android OS characterizes Motorola models of all categories without any additional user interface. The Moto C Plus is in version 7.0.

The phone with the MT6737 4-core processor was fast enough, and we did not have to wait a little longer for regular activities and simple applications. The Real Racing 3 game was already a delicate tear, but easier games, especially on social networks, will get you started with this phone.

You will not be surprised at the enjoyment of taking pictures. The primary camera is equipped with 8 MP sensor and optic with f / 2.2 aperture. It does not have an autofocus, and a backlighting LED that can even illuminate a scene.

You can focus on any point by tapping the area on display. Before exiting, you can still edit the exposure, as with other Moto phones. The even HDR mode is present, which has worked reliably enough to compensate for bright and dark places. The maximum uploaded video is HD at 30 fps.

Although the front webcam has an only 2-megapixel sensor, its LEDs for low-light photography. It is not to be expected that the resulting photos of the two cameras will have an exhibition quality, but they will suffice to capture the necessary moments and share on social networks within a second.

The biggest bonus of the Moto C Plus smartphone is its battery. Not only is it removable, but more importantly, its capacity is 4,000 mAh. With low-cost hardware and using basic features such as calls, SMS, or background sync I managed to withstand 3-4 days without charging.

Future Moto C Plus users are expecting to get this. Also, use it if necessary to charge the battery in another phone.

Motorola Moto C Plus has not disappointed me despite the low price and weaker hardware. It did what I expected from it. Reliable running and long battery life are the weapons with which it can succeed.