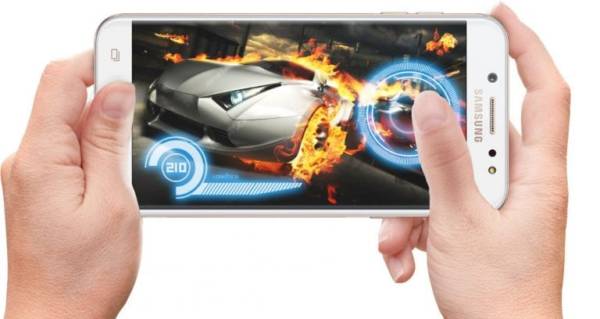 The edges of the J7+ are curved to make it easy to handle the phone in landscape orientation. Two antenna lines run horizontally across its rear on the top and bottom, providing connectivity features as well as contributing to the beautiful design of the smartphone.

As usual, the Samsung logo is embossed on centre of the top bezel of the Galaxy J7+ at the front, and below the camera module at the back. It is 7.9 millimetres thick, making it easy to carry the smartphone around as it adds little extra weight to your usual baggage.

In terms of display, the Samsung Galaxy J7+ comes with a 5.5-inch display made with Super AMOLED panels and covered with 2.5D curved glass. The display has a Full HD (1920 * 1080) pixel resolution which is just right to give the best colour quality for its screen size.

The smartphone is able to run 3D applications and games fluidly with little or no lags or glitches, thanks to its Mali T880 GPU from ARM. It supports heavy-duty multitasking with 4GB of RAM, and allows you to store large files and documents on your mobile phone with 32GB of default internal storage which can be expanded up to 256GB using an external microSD card.

The Galaxy J7+ features a dual camera setup at the rear consisting of a 13MP primary camera with properties like a f/1.7 aperture size which allows large amounts of light to enter the lens and produce sharp images, and a 5MP secondary camera with a slightly smaller f/1.9 aperture for capturing depth of field information. There’s also a LED flash at the rear for further increasing the brightness of images captured.

A 16MP camera with an f/1.9 aperture is also present upfront with a LED flash for capturing super selfie photographs.

The Galaxy J7+ packs a 3000mAh battery which can last up to a day on average usage, thanks to the processor efficiency and software optimisation. It comes with dual SIM slots and supports super-fast terrestrial internet connections with 4G VoLTE.

It also supports fast wireless connections with Wi-Fi 802.11 a/b/g/n (2.4+5GHz) and Bluetooth 4.2, and has GPS for location tracking and determination.

The Samsung Galaxy J7+ runs on Android 7.1.1 Nougat out of the box with the latest software optimisations and features available. It has not been announced officially, but I believe the smartphone will receive an update to Android 8.0 Oreo in the future.

The phone offers advanced security features with a fingerprint scanner which is embedded into its physical home button, also making it easy to perform certain functions like unlocking the phone, taking a picture and browsing through the gallery. 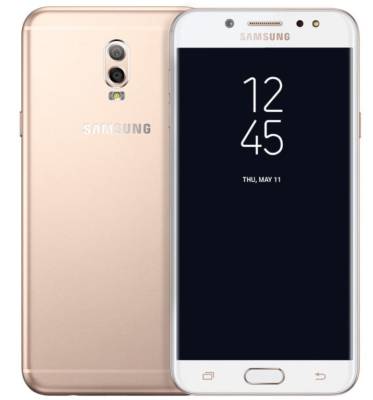 Availability and Price of Samsung Galaxy J7+ in Thailand

From now till the 17th of September, you can pre-order the Samsung Galaxy J7+ in Thailand for 12,900 Thai Baht, after which it will start shipping to customers on the 22nd of September. It is offered in Black, Gold and Rose Gold colours, and people who pre-order the smartphone get a pair of Samsung U Flex Headphones for free from Samsung.

Where to Buy Samsung Galaxy J7+ & Pay On Delivery