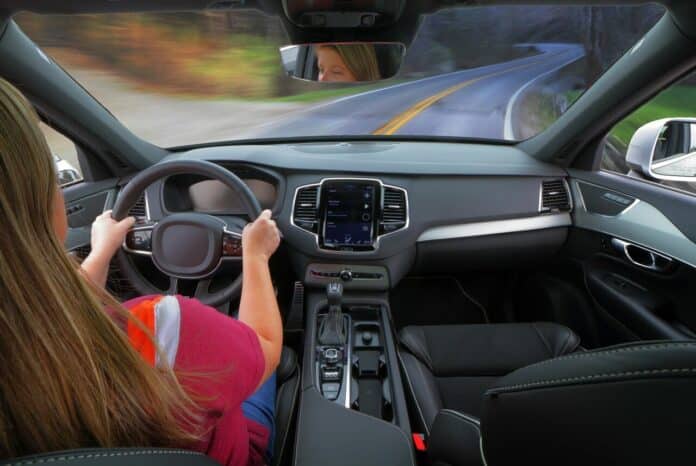 Voice assistants with artificial intelligence have conquered a large part of the technological public, to the point that they want to use them at any time of the day. If it’s enough to put one of the speakers with voice assistants in the car (where many people spend a lot of time, especially those who work away from home), it may not be easy to integrate the voice commands of the Google Assistant and Amazon Alexa. This is because the controls must be easy to remember and not distract the driver, who must always keep his hands on the wheel and eyes on the road.

In this guide, we will show you how to integrate Google and Alexa voice assistants in your car, so you can ask your favorite assistant anything without having to take your eyes off the road. Some of these ways may already be built into the most recent cars, but in other cases, you may need to buy extra parts to do this. For a voice assistant to work, it must be connected to the internet and have Bluetooth turned on. In some cases, the smartphone can be used to create a wifi network to connect the voice assistant (but not with Echo Auto).

READ ALSO: How to use voice commands on Google Maps

Alexa in the car via Echo Auto

If you want to use Amazon Alexa on our car equipped with Bluetooth or a 3.5mm AUX input, the best solution is Echo Auto, released in June 2020 for $62.

To use it, connect the Echo Auto’s USB cable to a USB port or to an adapter on the cigarette lighter port (such as the 2-Port Car Charger), launch the Alexa app on our smartphone (available for Android and for iPhone), configure the new device by pressing the Devices menu at the bottom right and clicking at the top right on the + symbol, and, once configured, choose whether to connect the Echo Auto via the included AUX cable or using the car’s Bluetooth connection.

The Echo Auto will use the Bluetooth connection with the phone to maintain access to the Internet (it is not necessary to use hotspots) and, thanks to its 8 directional microphones, you will be able to launch any Alexa voice command to listen to music, radio and to launch the routines you are used to.

If your car is not equipped with Bluetooth or even an AUX port, you can quickly fix it by choosing an FM frequency adapter, such as the Bluetooth Car Transmitter, on sale for $18.

With this device, even older cars can benefit from Echo Auto: all you have to do is choose a free FM frequency on our car radio, set it identically to the adapter, and connect the Echo Auto via Bluetooth, also taking advantage of the ports offered by the adapter to supply electricity.

READ ALSO: Add Bluetooth in the car (and on the car stereo)

Other devices to use Alexa in the car

The Echo Auto is the best solution for integrating Amazon Alexa into practically any car, but if you want to use a speaker box with Amazon Alexa support, just view our article on the Best Alternative Speakers to Echo with Alexa and voice commands. Among these, the Echo Input device stands out, a special version of the very small Echo, which allows you to add voice commands and streaming services such as Amazon Music or Spotify to any car stereo or home stereo.

Once placed in the car, simply connect it via Bluetooth to the phone or to a Wi-Fi hotspot network to be able to use Alexa’s voice commands. Alternatively, you can use any Amazon Echo, which can be fixed in the drawers inside the dashboard, perhaps with the help of the double-sided tape seen previously.

If your car has Google Auto support, you can integrate Google Assistant voice commands in a few steps. To use it, install the Android Auto app on your Android smartphone (it’s already integrated on Android 10 and later), connect the phone via Bluetooth to the car’s on-board computer, then press the Google Auto icon on the car display; after a few seconds, you will see the icons of the simplified Google Auto interface appear. Note: Google Auto also works by connecting the phone to the USB socket on the car, in case you don’t want to use Bluetooth wireless technology.

Once the connection between the phone and the car’s onboard computer has been established, all you have to do is press the voice command button on the steering wheel or select the microphone-shaped icon and start using voice commands.

On some cars, you can also activate continuous recording (the car microphone is always active), so as to simply say “Ok, Google” or “Hey, Google” to start the voice assistant.

Google Nest Mini for use in the car

If you don’t have Android Auto support in your car, you can bring Google’s voice commands to it by placing a Google Nest Mini ($49) inside the passenger compartment.

It can be powered by a special car charger with 2 USB ports (to be connected to the cigarette lighter) and connected to the Internet via a Wi-Fi hotspot from any Android phone. Once enabled, you can use the commands “Ok, Google” and “Hey Google” to activate the Google voice assistant and begin searching without taking your eyes off the road.

Other devices to integrate Google Assistant into the car

If your car does not have Android Auto support, you can rely on a hands-free kit such as the Nulaxy NX09 Auto ($ 17.99).

This small hands-free kit is to be plugged into the car’s cigarette lighter socket. It has buttons on it for easy access. You can use voice commands without taking your eyes off the road.

Once placed in the car, it will be sufficient to connect it via Bluetooth to our Android smartphone, so as to be able to benefit from voice commands without even turning on the phone screen. In addition to Google Assistant, it also supports Siri, so you can launch voice commands from the iPhone.

Alternatively, you can use the Aigital hands-free kit, available at $19.99.

Again, all you have to do is place it on the sun visor and connect it via Bluetooth to your Android smartphone, so as to be able to benefit from the assistant’s voice commands even without turning on the phone screen (just say “OK Google” to start voice commands, since the microphone is always active).

Voice assistants can be easily integrated into any car, either using the already set-up onboard computer or by connecting speakers via Bluetooth or AUX. In all scenarios, the phone’s Internet connection will be used to interface the voice assistants with the servers and process requests; in this case, it is possible to use a 4G portable router in the car, to always have an internet connection available.